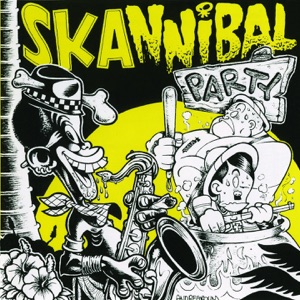 ORIGEN
Montreal, Quebec, Canada
FORMACIÓN
1994
Acerca de Planet Smashers
Emerging from the rather unlikely locale of Montreal, Quebec, ska revivalists the Planet Smashers were formed in 1994 by singer/guitarist Matt Collyer, bassist Dave Cooper, saxophonist Leon Kingston, trombonist Kurt Ruzenisky, and drummer Tim Doyle. Debuting with a 1996 self-titled effort for their own STOMP imprint, later that year they also issued the EP Inflate to 45 RPM. Attack of the Planet Smashers appeared in 1998, followed by Life of the Party a year later. By this point the band's lineup had shifted to include Collyer, Cooper, saxophonist Neil "Lonestar" Johnson, trombonist Andrew Lattoni, and drummer Scott Russell. They'd also built a respectable following throughout North America, touring with bands like Mustard Plug, AFI, Samiam, and the Aquabats, among others, and STOMP was doing well as a ska- and punk-flavored indie. The Planet Smashers remained consistent over the years, dropping No Self Control in 2001, Fabricated in 2002, and Mighty in 2004. The DVD Ten appeared in 2004 as well, documenting the band's first ten years together with interviews, music videos, live footage, and more, while the band spent several weeks on the summer's Vans Warped Tour. Unstoppable was next issued in 2005.