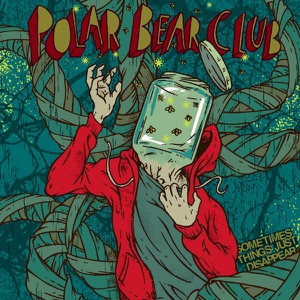 ORIGEN
Rochester, NY
Acerca de Polar Bear Club
Rochester, NY's Polar Bear Club began in the spring of 2005 when vocalist Jimmy Stadt and guitarist Chris Browne -- each playing in separate local bands at the time -- started jamming together on the side. Soon enough, they began playing out live and a demo was recorded to hand out at shows. The lineup had expanded around the duo, but the band remained a weekend venture, with everyone holding down jobs or attending college classes as well. Polar Bear Club got a little more official, however, with the release of an EP, The Redder, the Better, in April 2006. The band passionately merged '90s post-hardcore and emo, with influences like Hot Water Music, Lifetime, and Small Brown Bike evident in the mix. A full-length record, Sometimes Things Just Disappear, was eventually released in March 2008 via New York City's Red Leader Records, and it was received well by punkers and fanzines alike. The lineup for the record consisted of Stadt, Browne, guitarist Nate Morris, bassist/vocalist Greg Odom (later replaced by Erik "Goose" Henning), and drummer Emmett Menke (who had earlier replaced Bob O'Neil behind the skins). They then decided to do the band thing full-time and took off on the road in support of the album, playing with likeminded acts such as the Gaslight Anthem, Crime in Stereo, Broadway Calls, and A Wilhelm Scream. By the year's end, Polar Bear Club had signed on with hardcore-leaning label Bridge Nine Records. The fall of 2009 saw the release of their sophomore album, Chasing Hamburg, which was recorded with producer Matt Bayles (Minus the Bear, Isis). The band finished the year on the road opening shows for various groups, including Face to Face and Strike Anywhere. ~ Corey Apar