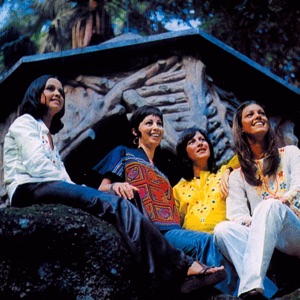 Acerca de Quarteto Em Cy
The Quarteto em Cy, the most important female vocal group of the MPB, was formed by the sisters Cyva, Cynara, Cybele, and Cylene. Coming to know Vinícius de Moraes and Carlos Lira in the early '60s, they had their vocal group named by the two composers. They also did shows around Brazil and South America with Vinícius de Moraes, Dorival Caymmi, Baden Powell, and Oscar Castro-Neves. In the historic festivals, they performed the "Samba do Crioulo Doido" (Sérgio Porto), "Apelo" (Baden Powell/Vinícius de Moraes), and "Pedro Pedreiro" (Chico Buarque de Hollanda). Some of their most important shows were Resistindo (over text by Aldir Blanc), Em Mil Kilohertz, Cobra de Vidro (with the MPB-4), and O Rio Amanheceu Cantando (with Elizete Cardoso). The quartet has had its records launched in Japan, Portugal, France, Spain, Chile, Mexico, Argentina, and the U.S.nn In 1963, they recorded the soundtrack to the film Sol Sobre a Lama (Alex Viany) and debuted on June 30, 1964, in a live performance at Bottle's Bar in the famed Beco das Garrafas. In the same year, they did the vocals in de Moraes and Dorival Caymmi's show at the Zum Zum club in Rio and recorded their first LP, Quarteto em Cy. In 1966, Cylene was replaced by their sister Regina and the quartet went to the U.S. for a series of performances on Andy Williams' Coast-to-Coast (NBC, Los Angeles, CA) and The Joey Bishop Show (ABC) and at the Sahara and Harrah's in Lake Tahoe, at the San Jeronimo Hilton Hotel in Puerto Rico, and in the Shamrock Hilton Hotel in Houston, TX. Returning to Brazil, Cynara and Cybele won third place at the II Festival Internacional da Canção (International Song Festival) with "Carolina" (Chico Buarque) and in 1968, the two sisters interpreted the winning song of the III FIC, "Sabiá" (Chico Buarque/Tom Jobim). Again hired to perform in the U.S., the quartet lost Cynara and Cybele, who were replaced by Cynthia and Cymíramis. In January 1970, the quartet broke up while still in the U.S. Two years later, it was restructured by Cyva, who had returned to Brazil; Cynara; Soninha (Sônia Maria Ferreira de Medeiros Albuquerque); and Dorinha (Dora Tapajós Gomes). In 1980, Cybele replaced Dorinha for the group's lasting lineup. In 1989, the quartet performed in Tokyo (Japan) in a bossa nova festival and on a Japanese TV special with Carlos Lira, Leila Pinheiro, Uakti, and Célia Vaz, the musical directress of the Quarteto since 1980. In 1992, invited by the Spanish government, they toured that country (Madrid, Sevilla, Salamanca, Cáceres, Huelva, and Badajós) with Gilson Peranzzetta, Lira, and Maria Creuza. In 1997 and 1998, they returned to Japan for another round of shows and to launch another CD (all of the quartet's albums were released in that country). In 1997, they were awarded with the Sharp prize as the Best Vocal Group of the Year. In January 2001, they launched the live CD Quarteto em Cy e Luiz Claudio Ramos, derived from a tribute show to Vinícius de Moraes, who had died, realized in 1981 at the Paiol theater (Curitiba, Paraná). ~ Alvaro Neder 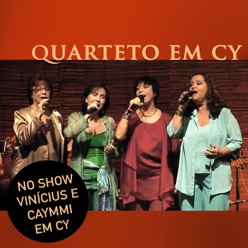 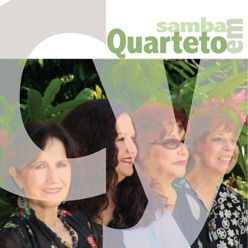 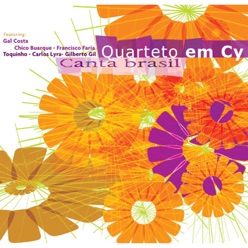