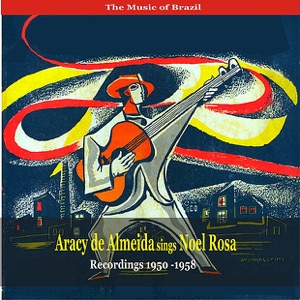 NACIMIENTO
19 de agosto de 1914
Acerca de Aracy de Almeida
A most famous artist of the Golden Age of Brazilian radio, Aracy de Almeida is renowned for her interpretations of sambas, carnival music, and, especially, of Noel Rosa's work. Appointed once by the fundamental composer as the best interpreter of his compositions, she shares this honor in the appreciation of the specialized critics with Marília Batista. DeAlmeida's dedication was responsible, in great measure, for the recuperation of Noel Rosa's work in the '50s, after it was forgotten during the entire decade of 1940. She also participated in films, like Carnaval em Lá Maior (Adhemar Gonzaga, 1955), and regularly appeared on TV during the '70s and '80s. rnStill a child, Aracy de Almeida became a singer in a Baptist church choir. In 1933 she caused a good impression on Custódio Mesquita, who took her to Rádio Educadora. Her first album was recorded in 1934, with the marchinha de carnaval "Em Plena Folia" (Julieta de Oliveira). In 1935, DeAlmeida recorded a Noel Rosa song for the first time, "Seu Riso de Criança." It was followed by "Cansei de Pedir," "Amor de Parceria," and "Triste Cuíca" (the latter with Hervê Cordovil). Still, in 1935, DeAlmeida recorded "Tenho Uma Rival" (Valfrido Silva). With her reputation established, Almeida performed in the radios Cruzeiro do Sul, Mayrink Veiga, Ipanema, Cajuti, Philips (where, at the Programa Casé, she had a duo with Sílvio Caldas), Tupi, and Nacional. rnIn 1936, DeAlmeida successfully launched Rosa's "Palpite Infeliz" (that makes part of the historic polemic between Rosa and Wilson Batista) and "O X do Problema." In 1937, the year of Rosa's demise (in May), DeAlmeida recorded his "Eu Sei Sofrer" (with Vadico) and "Último Desejo," along with "Tenha Pena de Mim" (Babaú/Ciro de Souza). In the next year, she launched Rosa's "Século do Progresso" and "Feitiço da Vila" (with Vadico). In 1939 she recorded another classic, this time by Ary Barroso, the samba "Camisa Amarela." In the Carnaval of 1940 the marchinha carnavalesca "O Passarinho do Relógio" (Haroldo Lobo/Milton de Oliveira) was a hit in her interpretation. Two years later she had success with "Fez Bobagem" (Assis Valente), "Caramuru" (B. Toledo/Santos Rodrigues/Alfeu Pinto), and "Tem Galinha no Bonde" and "A Mulher do Leiteiro" (by Milton de Oliveira/Haroldo Lobo). In 1948, her recording of "Não Me Diga Adeus" (Paquito/Luís Soberano/João Correia da Silva) became a hit, and so did her launching of other two Rosa's songs in the next year, "João Ninguém" and "Filosofia" (André Filho). After 1948, DeAlmeida performed a repertory based in Rosa's creations for four years at the Vogue nightclub, yielding six 78 rpm albums arranged by Radamés Gnattali, released by Continental in 1950 and 1951 with success, in which "Três Apitos" was recorded for the first time. In 1964, Almeida had a season at the Zum-Zum nightclub together with Sérgio Porto and Billy Blanco. In the next year she participated in the shows Samba Pede Passagem (Teatro Opinião) and Conversa de Botequim. In 1966 she had her album Samba é Aracy de Almeida released by Elenco. Three years later, she, along with Jorge Ben, Toquinho, and Paulinho da Viola, participated in the show Que Maravilha! at the Teatro Cacilda Becker (São Paulo). In the '70s, Almeida started a regular activity as a juror in novice shows at TV which lasted until the '80s. In 1980, Almeida did a show at the Teatro Lira Paulistana that was released in 1988 as Aracy de Almeida Ao Vivo. She was paid tribute by Olívia Byington in 1988 with the CD A Dama do Encantado. In 2001, her life was depicted in the musical Aracy de Almeida No País de Araca (Eduardo Wotzick). ~ Alvaro Neder 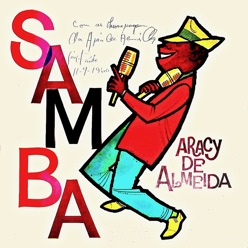 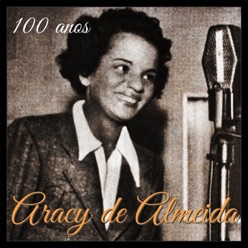 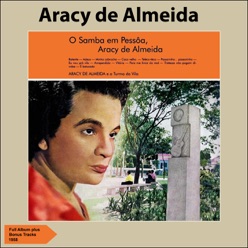