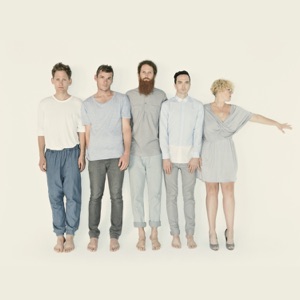 ORIGEN
Melbourne, Victoria, Australia
FORMACIÓN
2000
Acerca de Architecture In Helsinki
The Australian indie pop ensemble Architecture in Helsinki hail from Fitzroy, Melbourne, and have counted multi-instrumentalists Cameron Bird, James Cecil, Gus Franklin, Isobel Knowles, Jamie Mildren, Sam Perry, Tara Shackell, and Kellie Sutherland among their ranks. The band's musical arsenal is even bigger than its roster, featuring instruments as diverse as analog synths and samplers, glockenspiel, tuba, clarinet, and recorder along with the more predictable drums, bass, and guitar. Architecture in Helsinki began playing in 2000, crafting a mix of indie, electronic, and pop that they recorded and occasionally performed live. The collective began recording its debut album, Fingers Crossed, in 2002 in a variety of places ranging from beach houses to proper studios; Bar/None released the album in spring 2004. Following a hectic year of touring and recording, the group turned around another album, In Case We Die, in 2005. The release drew glowing reviews, fixing Architecture in Helsinki as one of that year's most promising and idiosyncratic indie acts. Frontman and primary songwriter Bird relocated to Brooklyn a year later, where he and producer James Cecil put the finishing touches on the group's third effort, Places Like This. The album was released on Polyvinyl in 2007. Bird returned to Australia and the group, now a quintet including Perry, Mildren, Sutherland, and Franklin, released the That Beep single in 2008. They recorded their fourth album in their studio, Buckingham Palace, over the course of two years. The result was Moment Bends, which was released in early 2011. The album's turn toward '80s synth pop became even more pronounced on their next album, as did a newfound love of disco. Written and recorded over a 15-month span, 2014's NOW + 4EVA was produced by the band and François Tetaz (Gotye, Kimbra), and released on their own Casual Workout label. ~ Heather Phares 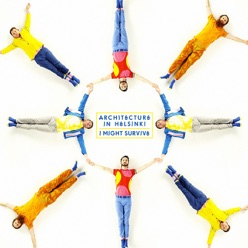 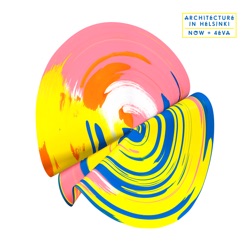 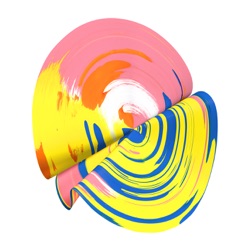