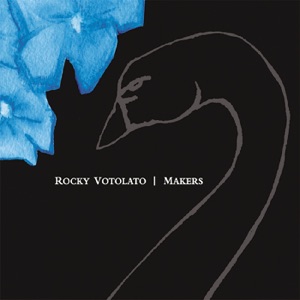 CIUDAD NATAL
Frost, Texas
NACIMIENTO
1978
Acerca de Rocky Votolato
Singer/songwriter Rocky Votolato was born in 1978 and spent his childhood on a 50-acre horse farm in rural Frost, Texas (population 647), located 100 miles south of Dallas. Growing up amidst a backing soundtrack of Willie Nelson, Steve Earle, and Johnny Cash, he had a semi-unconventional upbringing, as his father was a member of the Dallas-based motorcycle gang the Scorpions (rivals to the Hell's Angels). Rocky's mother moved the family to Seattle in his early teens, and he was soon inspired to start playing guitar by his older brother Sonny. Expanding on his country music roots, Rocky spent high school discovering the underground punk and indie rock scenes before starting his first band, Runaway Laughing, with some high-school buddies. He also fronted the group Lying on Loot, which included his friend and drummer Rudy Gajadhar. When the latter band broke up in 1996, the two musicians (under the influence of Fugazi) started the acclaimed -- though emo-stigmatized -- punk outfit Waxwing with bassist Andrew Hartley and Rocky's younger brother Cody on second guitar; Cody also played in the art-damaged hardcore combo the Blood Brothers. The group recorded three full-lengths albums before officially disbanding in late 2005.nn While Waxwing were still active, Rocky had begun seeking another outlet for his lyrical musings outside of the band's dynamic and hard-hitting approach. An eponymous solo record thus appeared in 1999 and found him playing subtle and acoustic folk songs not so dissimilar from Elliott Smith. A 7" record with Seth Warren was issued that same year on the Redwood label, followed by the release of an EP, A Brief History, in 2000. The record featured backing members of Sharks Keep Moving and Red Stars Theory, and garnered favorable reviews. Produced by Matt Bayles (Botch, the Blood Brothers), Burning My Travels Clean arrived in 2001 and marked Votolato's first for Second Nature Recordings; what would become Waxwing's final album, Nobody Can Take What Everybody Owns, was released soon after in 2002.nn May 2003's Light and the Sound EP served as a precursor to the eventual release of his third full-length, Suicide Medicine, that September. The album was his most focused effort yet, touching on country, rock, and folk influences amidst his still stripped-down sound. Though Votolato had taken only about two weeks to flesh out each of his previous works, he devoted a year and a half of writing and recording in the home studio of co-producer Casey Foubert (Pedro the Lion) to complete his fourth record and Barsuk debut. With Votolato now a married father of two, the resulting album was a fuller-sounding and matured album of country-tinged folk tunes that recalled his Texas roots. Makers was issued in January 2006 to the praise of fans and critics alike, and its lead track, "White Daisy Passing," was featured on an episode of the popular teen drama The OC. Various tour dates followed, including a fall run supporting Lucero.nn The year 2007 saw the release of Brag u0026 Cuss, an album that dug even deeper into his Texas roots. After some relentless touring in support of the record, Votolato fell into a deep depression. He quit not only performing but playing and writing, and went into seclusion for a couple of years. Examining his demons closely, he pushed the weight of his darkness off to begin writing again. He eventually entered a recording studio with producer Casey Foubert and emerged with True Devotion in 2010. It was his last record for Barsuk.nnVotolato decided not to rush his recovery from depression. He toured sparingly and didn't record again until late 2011. He self-released the acoustic Television of Saints in the spring of 2012. Votolato began playing living-room concerts across the United States for the next couple of years. The intimate settings served his music and mindset well. He signed to No Sleep Records in the U.S. and Glitterhouse in Germany; each label released Hospital Handshakes on its respective side of the pond in April of 2015. He supported the album with a European living-room tour throughout the spring. In June, Kindred Spirit, a split album with songwriter Chuck Ragan, appeared from Side One Dummy. ~ Corey Apar 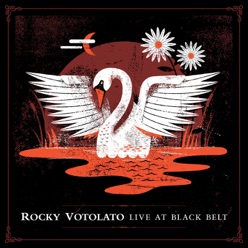 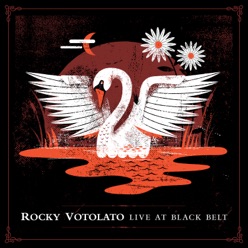 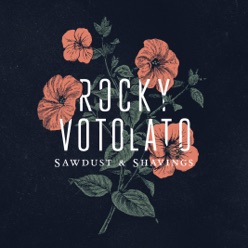