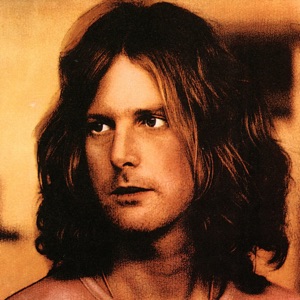 CIUDAD NATAL
Chicago, IL
NACIMIENTO
13 de julio de 1942
Acerca de Roger McGuinn
As the frontman of the Byrds, Roger McGuinn and his trademark 12-string Rickenbacker guitar pioneered folk-rock and, by extension, country-rock, influencing everyone from contemporaries like the Beatles to acolytes like Tom Petty and R.E.M. in the process. James Joseph McGuinn was born on July 13, 1942, in Chicago, where by his teenage years he was already something of a folk music prodigy. After touring with the Limelighters, in 1960 he signed on as an accompanist with the Chad Mitchell Trio, appearing on the LPs Mighty Day on Campus and At the Bitter End; frustrated with his limited role in the group, he soon joined Bobby Darin's group when the singer moved from pop to folk.nn After appearing on sessions for Hoyt Axton, Judy Collins, and Tom u0026 Jerry (soon to be known as Simon u0026 Garfunkel), McGuinn began playing solo dates around the Los Angeles area, where he soon formed the Jet Set with area musicians David Crosby and Gene Clark. After a failed single under the name the Beefeaters, the group recruited bassist Chris Hillman and drummer Michael Clarke, changed their name to the Byrds, and set about crystallizing McGuinn's vision of merging the poetic folk music of Bob Dylan with the miraculous pop sounds heard via the British Invasion. McGuinn was the only member of the Byrds to play on their landmark debut single "Mr. Tambourine Man," but his jangly guitar work quickly became the very definition of the burgeoning folk-rock form; still, despite the Byrds' immediate success, both commercially and critically, the group was plagued by internal strife, and following the release of their 1968 country-rock breakthrough Sweetheart of the Rodeo, McGuinn was the only founding member still in the band.nnUnder the direction of McGuinn -- who had changed his first name to Roger after a flirtation with the Subud religion -- the Byrds soldiered on, delving further and further into country and roots music before finally dissolving in February 1973. That same year, McGuinn issued his self-titled solo debut, an ambitious, eclectic affair which explored not only folk and country but surf and even space rock. 1974's Peace on You and 1975's Roger McGuinn u0026 His Band preceded a stint with Bob Dylan's Rolling Thunder Revue, which helped revitalize his standing within the musical community. 1976's Cardiff Rose was regarded as his best solo effort to date, but the next year's Thunderbyrd, which featured a cover of Tom Petty's "American Girl," failed to connect with audiences.nnIn late 1977, McGuinn reunited with Byrds mates Chris Hillman and Gene Clark; the resulting LP, 1979's McGuinn, Clark u0026 Hillman, notched a Top 40 pop hit with the McGuinn-penned "Don't You Write Her Off." Midway through recording the follow-up, 1980's City, Clark departed, and the album was released under the name "Roger McGuinn and Chris Hillman Featuring Gene Clark." Following another effort, 1981's McGuinn/Hillman, they went their separate ways. After undergoing another religious conversion, this time becoming a born-again Christian, McGuinn spent the remainder of the 1980s without a recording contract and performing solo dates.nn The appearance of a faux Byrds led by Michael Clarke prompted McGuinn to reform the group with Hillman and David Crosby in 1989, resulting in a series of club performances, an appearance at a Roy Orbison tribute, and a handful of new recordings for inclusion on a box set retrospective. In 1991 -- the same year the Byrds were inducted into the Rock and Roll Hall of Fame -- McGuinn issued his first new solo recordings in over a decade, the all-star Back to Rio, which was met with great public and critical acclaim. Live From Mars, a retrospective of songs and stories, appeared in 1996. ~ Jason Ankeny 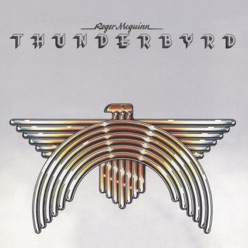 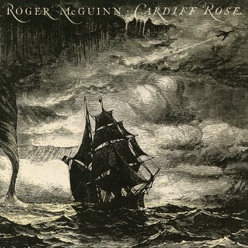 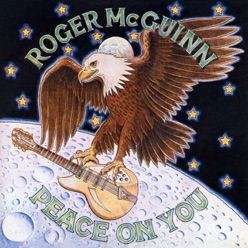