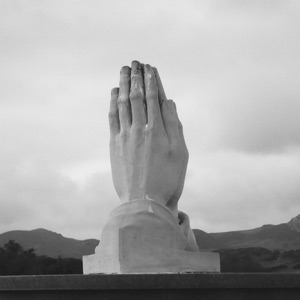 Acerca de Rose
"The little Napoleon of showmanship," Billy Rose was one of the most famous and feared show-biz impresarios of the early 20th century; the diminutive lyricist behind dozens of pop chestnuts (including a number of hits for first wife Fanny Brice), he also produced a series of hit musicals and even authored a widely read syndicated newspaper column, but earned his greatest notoriety for his ruthless, self-aggrandizing business practices. Born William Samuel Rosenberg in New York City on September 6, 1895, he grew up in the immigrant ghettos of Manhattan's Lower East Side, and upon graduating high school landed work as a stenographer for Bernard Baruch, then the head of Woodrow Wilson's war department; after World War I ended, he began writing songs, shortening his name to Billy Rose in the process. With co-writer Con Conrad, in 1923 Rose scored his first hit, "Barney Google," a song inspired by the popular comic strip character; "You've Got to See Mama Every Night" soon followed, while in 1924 he teamed with Marty Bloom and Ernest Brever for the novelty smash "Does the Spearmint Lose Its Flavor on the Bedpost Overnight?" rnThe list of Rose's subsequent hits is, at least on paper, most impressive; "It's Only a Paper Moon," "I Found a Million Dollar Baby (In a Five and Ten-Cent Store)," "That Old Gang of Mine," "Me and My Shadow," "Tonight You Belong to Me," and "The Night Is Young and You're So Beautiful" are just some of the songs which bear his lyricist credit. However, the extent of his contributions to these songs remains a matter of considerable debate; for example, according to a feature in the March 1999 issue of Retro Magazine, Ira Gershwin (with whom he shares equal credit for the tune "Cheerful Little Earful") claimed Rose contributed only a small change to one line, while other collaborators insist Rose insisted upon authorship for nothing more than a clever title. His co-writers ultimately agreed to Rose's tyrannical demands because of his brilliance as a negotiator; no one tangled with music publishers with the same tenacity or earned so hefty a percentage of the profits, insuring the songwriters received lucrative royalty checks even subtracting Rose's share. rnRose broke into Broadway in 1926, authoring "A Cup of Coffee, A Sandwich and You" for Gertrude Lawrence and The Charlot Revue. His first full-fledged Broadway score, Great Day!, followed in 1929; written with Edward Eliscu and Vincent Youmans, the production yielded numbers including "More Than You Know," "Happy Because I'm in Love," and "Without a Song." That same year Rose married "Funny Girl" Fanny Brice, who in 1930 starred in his first Broadway production, Sweet and Low (later revised under the title Crazy Quilt). In 1935, he mounted Jumbo, a combination musical/circus produced at a then-unprecedented cost of $350,000.00; staged in New York's Hippodrome -- a massive venue the size of a city block -- the show featured indoor aerial stunts, high-wire acts, and wild animals in addition to talent including Jimmy Durante and Paul Whiteman (and even a Richard Rodgers/Lorenz Hart score). Despite good reviews and packed houses, Jumbo failed to turn a profit, but it nevertheless made Rose (whose name was above the title) one of the most famous producers in America. rnAt the 1937 Cleveland Great Lakes Expo, Rose introduced his next extravaganza, The Aquacade: a floating amphitheater, it featured water ballet; roller skating; the "Half and Half" (a dancer dressed in an outfit evenly divided between a tuxedo and a cocktail gown); hundreds of swimmers; and two Olympic champions, Johnny Weissmuller and Eleanor Holm, the latter soon becoming the producer's second wife. After returning to Manhattan to open a nightclub named in his own honor, Rose produced a second Aquacade at the 1939 New York World's Fair, repeating the stunt at the San Francisco World's Fair a year later. In the meantime, his club the Diamond Horseshoe also created a sensation for its vaudeville-style entertainment, most notably a chorus line of 250-pound women; in 1945, the nightspot inspired a Hollywood musical, Billy Rose's Diamond Horseshoe, and also launched the career of an aspiring choreographer named Gene Kelly. Rose didn't neglect Broadway either; after producing Clifford Odets' Clash by Night, he produced Carmen Jones in 1943, Oscar Hammerstein II's all-black adaptation of Bizet's Carmen. rnIn 1947, Rose began writing "Pitching Horseshoes," a weekly column which at its peak ran in over 200 newspapers across the U.S.; excerpts later resurfaced in his autobiography Wine, Women and Words, complete with illustrations by Salvador Dali. Rose was by this time living in the apartment above the Ziegfeld Theater, which he purchased in 1944; although he remained married to Holm, he reportedly carried on a number of affairs, and became the subject of a major tabloid scandal when his ex-lover Joyce Matthews (the former wife of Milton Berle) slit her wrists in his bathroom. The controversy culminated in a nasty divorce which the press declared "The War of the Roses," and after his marriage to Holm was over, in 1956 Rose wed Matthews, a relationship which itself ended three years later, although the couple briefly remarried. A fourth marriage, to Doris Warner Vidor, went kaput after just six months in 1964, the bride filing for divorce on the grounds of "extreme mental cruelty." Rose died of pneumonia at his Jamaica vacation home on February 10, 1966. ~ Jason Ankeny 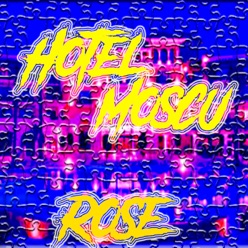 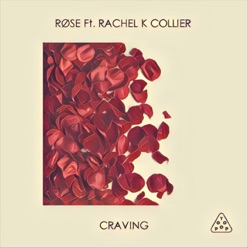