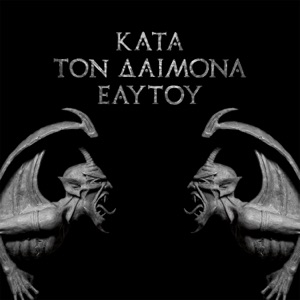 ORIGEN
Athens, Greece
FORMACIÓN
1987
Acerca de Rotting Christ
Rotting Christ are one of the most influential, long-running metal bands to hail from Greece. Their sound has shifted over the years from grindcore to black metal to dark/gothic metal, blurring styles and incorporating folk and early music influences. The band has been the subject of controversy due to their name, with conservatives criticizing the group, and even other metal bands refusing to be booked on the same bill as them. While the group maintains a staunchly anti-Christian stance, their lyrics are usually centered around occultism and mythology rather than Satanism.nnThe group's co-founders, Athens-based brothers Sakis (vocals/guitar) and Themis Tolis (drums), initially started a band called Black Church in 1985. They later established Rotting Christ as a grindcore band in 1987, releasing a few demo cassettes and split EPs. After Jim "Mutilator" Patsouris became the group's bass player, they moved toward a black metal sound. However, nationwide attention as a second-generation black metal act didn't start until the release of their 1991 EP, Passage to Arcturo. After adding a keyboard player to their lineup (George Zaharopoulos) and hooking up with France's Osmose Records, their first full-length, Thy Mighty Contract, was released in 1993, followed by Non Serviam a year later. Clearly showing off their Venom and Celtic Frost influences with those two releases, Rotting Christ established themselves as one of the premier European underground metal acts, as they toured with bands such as Immortal and Blasphemy.nn After the departure of Zaharopoulos and the addition of guitarist Costas Vassilakopoulos, and recording 1996's Triarchy of the Lost Lovers, a deal was secured with Century Media Records, meaning that Rotting Christ were finally getting distribution on both sides of the North Atlantic. The group began to incorporate more of a goth metal influence into their sound on this album. In 1997, Andreas Lagios replaced Mutilator as the group's bassist, and Georgios Tolias became their new keyboard player. The band's melancholy, keyboard-driven full-length A Dead Poem (1997) featured much slower tempos than prior works, including acoustic guitars and less black metal. Following their 1999 album, Sleep of the Angels, which continued in this slower, lighter direction, the group toured the United States for the first time, as well as undertaking an epic European tour with Deicide, Behemoth, Ancient Rites, and Aeternus.nn Rotting Christ's seventh full-length, 2000's Khronos, co-produced by Hypocrisy's Peter Tägtgren, was a partial return to their earlier, more extreme sound, but it blended their harder style with gothic and industrial elements, including a cover of Current 93's "Lucifer Over London." On 2002's Genesis, they blackened their sound further. Following this album, guitarist Vassilakopoulos and keyboard player Tolias both left the group, and Sakis Tolis played both guitars and keyboards. The group released Sanctus Diavolos in 2004. The album featured choral vocals and a guest solo by Firewind guitarist Gus G.nn After Nightfall guitarist Giorgio Bokos joined the band in 2005, they decided to change labels and signed with Season of Mist. The atmospheric Theogonia was released by the label in 2007, and was one of the group's most acclaimed releases. The group celebrated 20 years of existence with a retrospective compilation, Thanatiphoro Anthologio, and a live DVD/CD box set, Non Serviam: A 20 Year Apocryphal Story, appeared two years later. 2010 album Aealo, the group's 11th, was one of their most ambitious works to date, featuring numerous female vocal choirs and a guest appearance from Diamanda Galás on a cover version of her song "Orders from the Dead."nn After playing their 1,000th concert and undergoing another lineup change (with George Emmanuel replacing Bokos on guitar and Vaggelis Karzis becoming the group's bassist in place of Lagios), Kata Ton Daimona Eaytoy arrived in 2013. The album delved deeper into mythology than any of the group's prior releases, and incorporated more diverse instrumentation, including bagpipes and horns. The group performed in India and Sri Lanka for the first time in 2014, and toured America with Mayhem and Watain in 2015. A live album titled Lucifer Over Athens was released that year. The group's 13th proper full-length, Rituals, appeared in February of 2016. ~ Mike DaRonco u0026 Paul Simpson 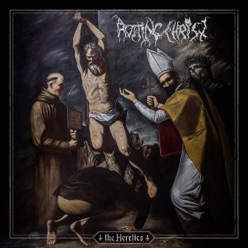 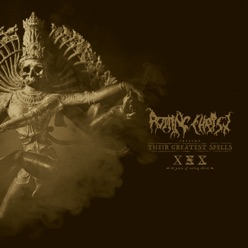 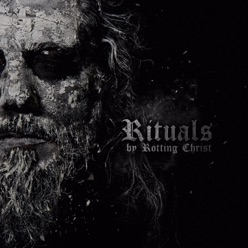