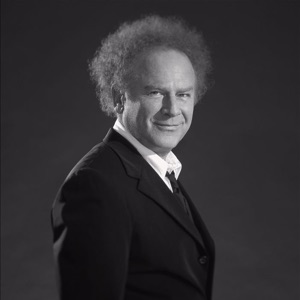 CIUDAD NATAL
Queens, New York, NY
NACIMIENTO
5 de noviembre de 1941
Acerca de Art Garfunkel
After Simon u0026 Garfunkel, one of the most successful duos in pop history, split up in 1970, Art Garfunkel became a solo artist, as well as pursuing an acting career. Garfunkel's pure, high tenor had been one of the most distinctive elements of the duo's music, yet he wasn't responsible for the songwriting -- Simon wrote all of the group's hits. Not surprisingly, Garfunkel relied on other songwriters, from Jimmy Webb and Randy Newman, in addition to rock u0026 roll standards like "I Only Have Eyes for You," throughout his solo career. As a solo performer, he was never quite as successful as he was with Simon u0026 Garfunkel, yet he did have a number of Top 40 hits in the mid-'70s.nn Garfunkel didn't begin a solo career until 1973. Between 1970 and 1973, he acted, appearing in two Mike Nichols films, Catch 22 and Carnal Knowledge. Angel Clare, his first solo record, was co-produced with Simon u0026 Garfunkel producer Roy Halee and released in the fall of 1973. It established the style -- a light, carefully arranged and constructed melodic soft rock -- he would follow throughout his solo career. The album became a Top Ten hit on the strength of the single "All I Know," which peaked at number nine. Two years later, he returned with the Richard Perry-produced Breakaway, the most successful album of his solo career. The record peaked at number seven, with a version of the Flamingos' "I Only Have Eyes for You" reaching number 18 on the U.S. charts; in Britain, the single topped the charts. That same fall, he reunited with Paul Simon for the first time, performing on Saturday Night Live. In December, Simon's "My Little Town," featuring Garfunkel on backing vocals, became a Top Ten hit.nnIn the fall of 1977, Garfunkel released his third album, Watermark, which primarily consisted of Jimmy Webb covers. However, when the first single from the album failed to chart, the album was reissued in early 1978 with a cover of Sam Cooke's "Wonderful World" that featured supporting vocals from Simon and James Taylor. Released as a single, "Wonderful World" peaked at number 17. The following year, Fate for Breakfast appeared. Although it performed well in Britain, reaching number two, the album signalled that his American audience was beginning to shrink: none of the singles made the Top 40 and the album only reached number 67. In the fall of 1979, he filmed two movies, Bad Timing and Illusions. Scissors Cut, a reunion with producer Roy Halee released in 1981, did nothing to reverse his sliding commercial potential -- it didn't even break into the Top 100 albums.nnAfter the release of Scissors Cut, Simon u0026 Garfunkel reunited for a concert in New York's Central Park. The concert was so successful, the duo decided to embark on a year-long world tour. During the tour, tensions mounted between the pair and they split again after it was completed. After a lengthy quiet period, Garfunkel re-emerged in 1988 with Lefty, which spent a mere eight weeks in the American charts and failed to make the British charts. He did not release another album until 1993's rarities compilation Up 'til Now. Following its release, Garfunkel took another extended break, returning in 1997 with the live album Across America and the children's record Songs from a Parent to a Child. The (mostly) self-penned Everything Waits to Be Noticed arrived in 2002, followed by Some Enchanted Evening, a collection of renditions of classics from the American Popular Songbook, in 2007. ~ Stephen Thomas Erlewine 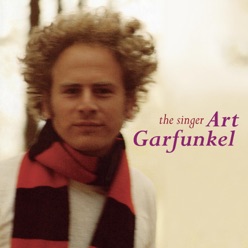 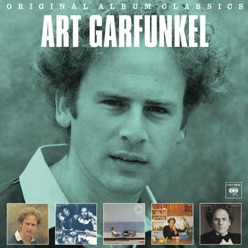 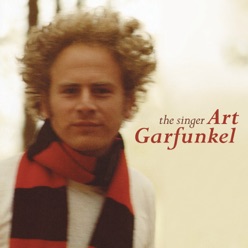