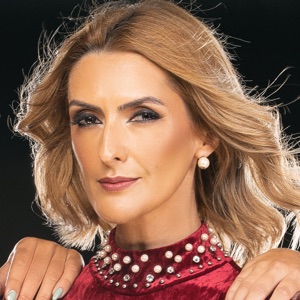 ORIGEN
Cascais, Portugal
FORMACIÓN
1997
Acerca de Santamaria
Although not the first Euro-dance project to come out of Portugal, Santamaria are certainly not only the most successful, but also the most consistent. To their credit, Santamaria have sold more than 500,000 albums in Portugal during a career spanning roughly a decade. They endured the bile of music critics and even a constant lack of airplay on the biggest Portuguese radio stations to become one of the most popular acts in the country. Formed in Cascais (a coastal city of the Lisbon metropolis) in 1997, Santamaria are the brainchild of producers Luís Marante and Tony Lemos and lead singer Filipa, Lemos' sister. At the time, Lemos was already an experienced studio man, having first emerged on the music scene in a duo with Filipa called Tó u0026 Marlene, playing in county fairs during the summer seasons. Later, Filipa joined the short-lived act Taitibitileus, which managed to score a minor novelty hit with the song "O Meu Abião."nn Longing for a change of pace, the siblings, joined by common friend Marante, started dabbling with Euro-dance, all of them inspired by widely popular acts like Ace of Base, Whigfield, and Corona. Early results were encouraging enough for all three to pursue the project more seriously. Recording enough songs for an album, Santamaria recruited two background singers and dancers, former model Dina Real and Yolanda. They shopped their demo CD around, and independent Portuguese label Vidisco took an interest. Consisting of re-recordings of all the tracks on the demo in more professional settings, debut album Eu Sei, Tu És... was released in early 1998. Boosted by the immensely popular title track (which became their signature song), the album went triple platinum in a year, even in the face of terrible reviews and a lack of airplay by the biggest radio stations in the country, their exposure mainly consisting of constant appearances in TV variety shows. Further hits with "Não Dá P'ra Viver Sem Ti" and the ballad "É Demais" consolidated Santamaria's success, leading to a very successful spring and summer tour. As promotion was rolling on, Yolanda quit the group under acrimonious circumstances. A replacement was found in Magda Monteiro, thus forming a lineup that still remains unchanged.nnWasting no time, the group released its second album, Sem Limite, in 1999. This record marked the appearance of Rui Batista, who became the group's main songwriter (the first album had its lyrics written by Filipa) from that point forward, although he never became an official member. Keeping the formula of the debut, Sem Limite expanded on Santamaria's success by going platinum four times over in a year and becoming their most successful album to date, bolstered by hit singles "Tudo P'ra Te Amar," "Falésia do Amor," and "Quero-me Mais." Maintaining their one-album-a-year schedule, Voar arrived in 2000. Boasting a sound with obvious similarities to the Vengaboys, it went triple platinum. As the band's CD release schedule continued like clockwork, 2001 welcomed fourth album Reflexus. This CD marked another arrival, this time in the guise of Brazilian songwriter/producer Luís Jr., who like Batista also became a permanent side collaborator with the group. Even though Reflexus sold less than its predecessors by going double platinum, Santamaria nevertheless managed to grab an award for Best Musical Act at the prestigious Portuguese arts and entertainment awards show Globos de Ouro.nnWith the release of fifth album 4 Dance in 2002, Santamaria made their first attempts at attaining an international following, in particular by recording their first completely English-sung track, "I Want You Anyway." Aside from not achieving their export ambitions, Santamaria saw a dip in popularity. Where previous albums had gone multi-platinum, 4 Dance only managed a single platinum plaque. Signaling the end of their contract with Vidisco, the group released a greatest-hits album in 2003, Boogie Woogie. They promoted the album by touring for almost two years straight. Even so, Boogie Woogie only managed a gold certification, suggesting that Santamaria's popularity was on the wane. Breaking their album-per-year workload, Santamaria began their liaison with new label Espacial by releasing 2 Beat in 2005. It scored double platinum, returning some of their popularity. Returning to their typical album release schedule, 8 was issued in 2006 and Elements arrived in 2007. ~ Ricardo Raínho 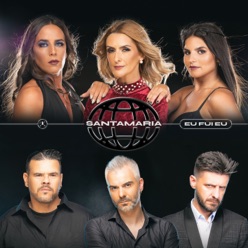 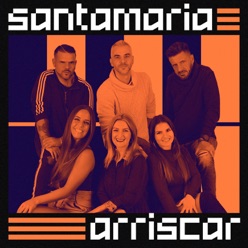 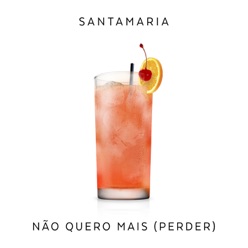