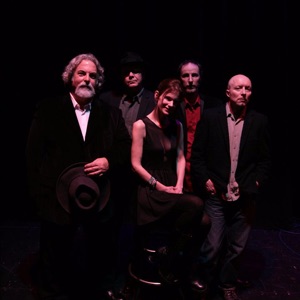 Acerca de 10000 Maniacs
An acclaimed, multi-platinum selling American alternative rock outfit whose agreeable blend of jangle pop and folk-rock helped to define college rock scene of the late 1980s and early 1990s, 10,000 Maniacs (named after the low-budget horror movie 2,000 Maniacs) were formed in Jamestown, New York, in 1981 by singer Natalie Merchant and guitarist John Lombardo. Other members of the sextet were Robert Buck (guitar), Steven Gustafson (bass), Dennis Drew (keyboards), and Jerry Augustyniak (drums). The group gigged extensively and recorded independently before signing with Elektra and making The Wishing Chair in 1985. Co-founder Lombardo left the band in 1986, and they continued as a quintet, releasing their second album, In My Tribe, in 1987. This album broke into the charts, where it stayed 77 weeks, peaking at number 37. Blind Man's Zoo, the 1989 follow-up, hit number 13 and went gold.nn After 1992's Our Time in Eden had finished its run on the charts, Merchant announced that she was leaving for a solo career. MTV Unplugged was released a few months after her departure. The remaining 10,000 Maniacs decided to continue performing, adding the folk-rock duo John u0026 Mary (original member Lombardo and violinist/vocalist Mary Ramsey). The new lineup released Love Among the Ruins. Merchant released her first solo album, Tigerlily, in the summer of 1995 and a follow-up, Ophelia, in 1998. In 1999, the remaining Maniacs released The Earth Pressed Flat on Bar/None. Sadly, a year later lead guitarist and founding member Robert Buck, who co-wrote some of the band's classics like "Hey Jack Kerouac," "What's the Matter Here?," and "These Are Days," died of liver failure on December 19, 2000. He was 42.nn Following Buck's death, 10,0000 Maniacs took a year-long hiatus, reconvening in December 2001 to play a benefit concert with Jeff Erickson (now playing guitar). After this concert, Gustafson, Drew, and Augustyniak assembled a new lineup of 10,000 Maniacs featuring guitarist Erickson and vocalist Oskar Saville, who previously sang with Rubygrass. Over the next four years, this version of the Maniacs toured regularly -- their profile was raised somewhat in 2004 when Rhino released the career retrospective Campfire Songs: The Popular, Obscure u0026 Unknown Recordings -- and in 2006, Mary Ramsey began playing the occasional concert with the band. Saville left the band in 2007 and Ramsey returned to her role as frontwoman.nn 10,000 Maniacs remained a staple on the folk-rock circuit right into the new decade, and in 2011 they released their first new recording in a decade: an EP called Triangles, which appeared on their label, Ruby Wristwatch. That year, the group also played two 30th anniversary concerts in their hometown of Jamestown, New York, then set out to record a new album in 2012. The resulting Music from the Motion Picture -- the first new 10,000 Maniacs album in 14 years -- appeared in February 2013. Not long after its release, Bob Wachter (who had played drums with the group back in 1981 before Augustyniak joined on full-time basis) died at the age of 49. John Lombardo re-joined the band in 2014 as they were recording the album that became Twice Told Tales, a 2015 collection of British folk covers. The following year saw the band celebrating their 35th anniversary with the release of Playing Favorites, a collection of their best-known songs recorded live in Jamestown, New York. ~ William Ruhlmann 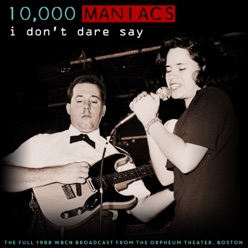 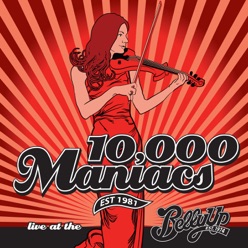 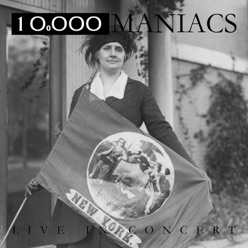