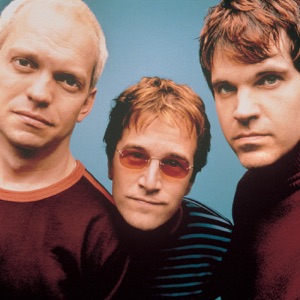 ORIGEN
Minneapolis, MN
FORMACIÓN
1995
Acerca de Semisonic
American rock trio Semisonic injected post-grunge grit into harmonic power pop, a catchy formula that helped them score an enduring radio hit with 1998's Grammy-nominated "Closing Time." That single featured on their breakthrough sophomore effort, Feeling Strangely Fine, which helped them peak in the mainstream before they went on indefinite hiatus in the early 2000s after the release of their third album, All About Chemistry. In the late 2010s, '90s nostalgia brought the band back together after nearly two decades.nnFormed in the early '90s after the breakup of alt-rock outfit Trip Shakespeare, Semisonic were started by bandmembers and Minneapolis natives Dan Wilson and John Munson, who later recruited drummer Jacob Slichter. While Trip Shakespeare had spent years amassing a loyal audience with artistic harmonies and unexpected guitar counterpoints, bandleader Wilson took Semisonic in an entirely different direction, embracing a tightly crafted sound that proved to be more appetizing to mainstream audiences. It didn't take long for Semisonic (which had initially formed under the name Pleasure) to secure a record deal with Elektra. However, before the band could record, management reorganization at Elektra's headquarters resulted in the termination of Semisonic's contract.nn The band bounced back in 1995 by signing with MCA and releasing a self-produced EP, Pleasure. Full-length debut The Great Divide followed in 1996, garnering favorable critical reviews for its simple but sparkling take on modern pop. However, it was the musicians' sophomore effort, Feeling Strangely Fine, that marked their major breakthrough in 1998. Lead single "Closing Time" topped the modern rock charts and became a lasting radio smash -- even into the 21st century -- while follow-up single "Secret Smile" became a Top 20 hit in the U.K.nnAll About Chemistry, the band's third album, was issued in early 2001 and yielded additional U.K. hits such as "Chemistry," but the record failed to maintain the group's popularity in America. Semisonic wrapped up the year by contributing "Over My Head" to the soundtrack for Summer Catch, a baseball-themed teen flick, and covering Wings' "Jet" for a Paul McCartney tribute CD entitled Listen to What the Man Said. Wilson also took time out to lay the brickwork for his solo material, playing a slew of dates around the Midwest, while his brother Matt hooked up with John Munson to form the Flops. As these side projects mounted, Semisonic went on indefinite hiatus in late 2001.nnOver the years, Wilson garnered additional accolades as a solo artist. He also co-wrote material for other artists, including the Dixie Chicks' 2007 Grammy-winning effort, Taking the Long Way, and Adele's 2012 Grammy winner, 21. In 2017, Semisonic reunited for a handful of hometown shows, playing The Great Divide and Feeling Strangely Fine in their entireties. A 20th Anniversary Edition of the latter album arrived in 2018, packaged with quartet of B-sides from the era. ~ Andrew Leahey u0026 Steve Huey 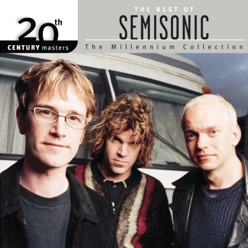 20th Century Masters - The Millennium Collection: The Best of Semisonic
2003 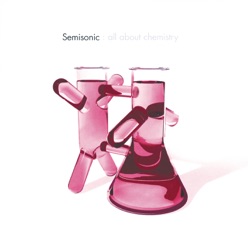 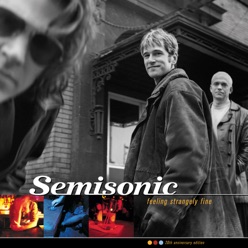