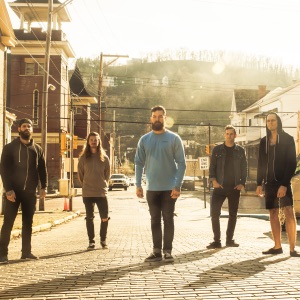 ORIGEN
Ridgewood, NJ
FORMACIÓN
2002
Acerca de Senses Fail
Led by vocalist James "Buddy" Nielsen, the sole constant through the band's long and eventful career, New Jersey outfit Senses Fail developed a slick amalgam of post-hardcore chuggery and emo heartbreak that recalled fellow New Jersey-based group Saves the Day. Formed in 2002 in Bergen County, with lead singer Nielsen, guitarists Dave Miller and Garrett Zablocki, bassist James Gill, and drummer Dan Trapp, Senses Fail quickly issued a debut EP and began gigging regularly while maintaining a thriving Internet presence. Drive-Thru Records took notice and signed the group in late 2002. A revamped version of the From the Depths of Dreams EP appeared in April 2003; it featured improved sound, one new song, and an acoustic version of the track "Ground Folds." The year 2003 also saw Gill leave the group, and Michael Glita joined on bass. A tour with the Used wrapped up the year in successful fashion, while From the Depths of Dreams cracked the Billboard 200 and helped poise Senses Fail for a commercial breakthrough.nnAfter more heavy touring and a bit of label drama, 2004's Let It Enfold You -- named after a Charles Bukowski poem -- was released that September through Vagrant/Drive-Thru; a deluxe edition with bonus tracks arrived one year later. The band also contributed a cover of Suicidal Tendencies' "Institutionalized" for 2005's Tony Hawk's American Wasteland video game soundtrack. Relentless touring persisted before the bandmates began work on their sophomore effort, which saw Senses Fail hitting the studio in May 2006 with producer Brian McTernan (Thrice, Cave In) and a new guitarist, Heath Saraceno (the former Midtown member wound up permanently replacing Miller, who'd left the group). A main-stage spot on the American Warped Tour helped the revised band hone its chops, as did a stint with the Taste of Chaos tour in the U.K. Both appearances led up to the release of the explosive Still Searching, which deemphasized the band's screaming vocals in favor of an energetic, emo-tinged sound.nn Bassist Mike Glita left the lineup one year later, and Hot Water Music's Jason Black climbed aboard as a temporary replacement during the recording of Life Is Not a Waiting Room, which arrived in October 2008. The following year, guitarist Heath Saraceno announced he was leaving the band. He was replaced by Zack Roach, and shortly afterwards the band returned to the studio. In 2010, their fourth album, The Fire, was released on Vagrant. The group's fifth studio long-player, the well-received Renacer, was the first Senses Fail album not to feature founding member Garrett Zablocki, and would be the last outing with longtime drummer Dan Trapp. In 2015 the band inked a deal with Pure Noise Records and released Pull the Thorns from Your Heart; by this time, Nielsen had been joined by Roach and Matt Smith on guitars, Gavin Caswell on bass, and Chris Hornbrook on drums. The same lineup appeared on the early-2017 EP In Your Absence. The band re-entered the studio in mid-2017 to record with Saosin's Beau Burchell -- who had also recorded their previous EP -- while the sessions also saw the return of original drummer Trapp. At the beginning of 2018, Hornbrook announced that he was leaving the band, and a month later the group's seventh album, If There Is a Light, It Will Find You, was released. ~ Johnny Loftus