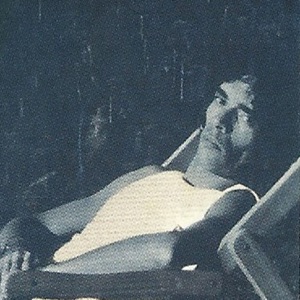 CIUDAD NATAL
Cachoeiro de Itapemirim, Brazil
NACIMIENTO
13 de abril de 1947
Acerca de Sérgio Sampaio
Sérgio Sampaio composed only one hit, "Eu Quero é Botar Meu Bloco na Rua," re-recorded in the '90s by Elba Ramalho and Roupa Nova. But even if he was not to know commercial success with his elaborate lyrics (invariably praised by critics) and his irreverent manner, his talent had many admirers who continue to revere his works. In 1964 he was hired as a speaker at XYL-9 in his hometown. Influenced by the samba-canção of interpreters Orlando Silva, Nélson Gonçalves, and Sílvio Caldas, Sampaio learned some chords on the violão and started to play in serestas. In the next year he worked as a speaker at the Rádio Relógio Federal in Rio, and returned to Cachoeiro for military service. In 1967 Sampaio moved permanently to Rio, pursuing his dream of becoming a composer and interpreter. As a speaker, he worked at radio stations in Rio de Janeiro, Mauá, and Carioca, but was always discharged due to his Bohemian habits. In 1969 he joined Rádio Continental, where he became acquainted with Erivaldo Santos, co-writer of Sampaio's first samba written in Rio, "Chorinho Inconseqüente," included later in Raul Seixas's LP Sociedade da Grã-Ordem Kavernista Apresenta Sessão das Dez. In 1970 he abandoned the job at Rádio Continental and contributed to the V FIC with his "Ei Você." In November, accompanying the composer Odibar, Sampaio auditioned at CBS for producer Raul Seixas, who had noticed his work. In January 1971, Sampaio signed with CBS. In April, "Sol de 40 Graus" was recorded by Trio Ternura and had good airplay. The song was written by Sampaio and the arranger Ian Guest, with the duo signed under the pseudonyms Sérgio Augusto and Átila. In June, Sampaio had his first single as a composer/interpreter released, "Coco Verde" b/w "Ana Juan." In September, he participated in Raul Seixas' iconoclastic debut LP Sociedade da Grã-Ordem Kavernista Apresenta Sessão das Dez, with Seixas, Míriam Batucada, and Edy Star. In October, Sampaio contributed his "No Ano 83" to the VI FIC, sharing the vocals with the novice Jane Vaquer, later Jane Duboc. In 1972 he recorded the second single. In the same year, appointed by Raul Seixas, Sampaio was hired as a production assistant by Philips recording company. In the same year, he recorded "Eu Quero é Botar Meu Bloco na Rua," presented on the VII FIC, accompanied by the Golden Boys and Renato Piau. In October 1972 the song became a national hit, selling 300,000 copies of the single. In this period of intense popularity, Sampaio appeared in the most popular national TV shows like Chacrinha and Sílvio Santos. In December, Sampaio caught tuberculosis, but started to record his first LP Eu Quero é Botar Meu Bloco na Rua. Released in March 1973, the album was a commercial failure, selling only 5,000 copies in spite of the hit. In May, he performed on the show Phono 73 and in October received the Troféu Imprensa. In 1974 Sampaio had another single released. He rescinded the contract with Philips and departed for upstate São Paulo for a period of retirement. In the next year he released through Continental another single, "Velho Bandido" b/w "O Teto da Minha Casa." In 1976 Sampaio released his second LP, Tem Que Acontecer, which was praised by the specialized critics, but had no commercial success. In 1977 he released another single, rescinded with Continental, and participated in a show together with Fagner, Zé Ramalho, Geraldo Azevedo, and Lô Borges. In 1982, he released the independent LP Sinceramente, another critical success and commercial failure. In 1988, Sampaio had a short season at the Sala Funarte (Rio), shared with Jards Macalé. In 1990, he moved to Bahia where his career had a regional impact. In 1993, he performed shows in Brasília DF, Goiânia GO, Vitória ES, and Rio de Janeiro RJ. Sampaio died of pancreatitis in the next year. In 1998, composer Sérgio Natureza produced the tribute CD Balaio do Sampaio, with several artists performing Sampaio's compositions. Sampaio's biography was released in 2000 by Rodrigo Moreira, through Muiraquitã. ~ Alvaro Neder 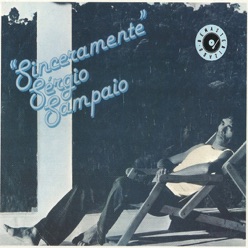 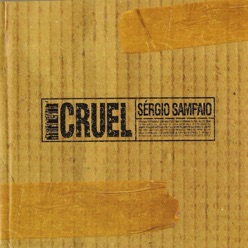 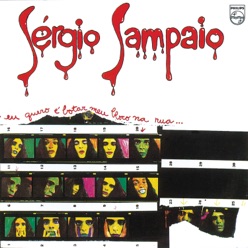