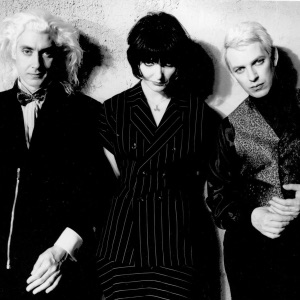 ORIGEN
London, England
FORMACIÓN
1976
Acerca de Siouxsie and The Banshees
Siouxsie and the Banshees were among the longest-lived and most successful acts to emerge from the London punk community; over the course of a career that lasted two decades, they evolved from an abrasive, primitive art punk band into a stylish, sophisticated unit that notched 18 Top 40 hits in the U.K. as well as a left-field Top 40 hit in the U.S.nn Throughout its numerous lineup changes and textural shifts, the group remained under the leadership of vocalist Siouxsie Sioux, born Susan Dallion on May 27, 1958. She and the Banshees' initial lineup emerged from the Bromley Contingent, a notorious group of rabid Sex Pistols fans; inspired by the growing punk movement, Dallion adopted the name Siouxsie and formed the Banshees in September 1976. In addition to bassist Steven Severin and guitarist Marco Pirroni, the band included drummer John Simon Ritchie, who assumed the name Sid Vicious; they debuted later that year at the legendary Punk Festival held at London's 100 Club, where their entire set consisted of a savage, 20-minute rendition of "The Lord's Prayer."nn Soon after, Vicious joined the Sex Pistols, while Pirroni went on to join Adam and the Ants. The core duo of Sioux and Severin, along with new guitarist John McKay and drummer Kenny Morris, reached the U.K. Top Ten with their 1978 debut single, "Hong Kong Garden"; their grim, dissonant first LP, The Scream, followed later in the year. Two days into a tour for their 1979 follow-up, Join Hands, both McKay and Morris abruptly departed, and guitarist Robert Smith of the Cure (the tour's opening act) and ex-Slits and Big in Japan drummer Budgie were enlisted to fill the void; although Smith returned to the Cure soon after, Budgie became a permanent member of the group, and remained with the Banshees throughout the duration of their career.nnWith ex-Magazine guitarist John McGeoch on board, the band returned to the studio for 1980's Kaleidoscope, a subtler and more melodic effort than their prior records; on the strength of the U.K. Top 20 smash "Happy House," the album reached the Top Five. A year later, the Banshees released the psychedelic Juju, along with Once Upon a Time, a collection of singles; at the same time, Sioux and Budgie formed the Creatures, an ongoing side project. Following 1982's experimental A Kiss in the Dreamhouse, McGeoch fell ill, and Smith temporarily rejoined for the group's planned tour; a pair of 1983 performances at London's Royal Albert Hall were recorded and later issued as Nocturne. Also in 1983, Severin and Smith teamed as the one-off project the Glove for the LP Blue Sunshine.nnAfter his recovery, McGeoch opted not to return, so the Banshees recruited former Clock DVA guitarist John Carruthers after Smith exited following the sessions for 1984's dark, atmospheric Hyaena. With 1986's Tinderbox, Siouxsie and the Banshees finally reached the U.S. Top 100 album charts, largely on the strength of the excellent single "Cities in Dust." After 1987's all-covers collection Through the Looking Glass, Carruthers took his leave and was replaced by ex-Specimen guitarist Jon Klein and keyboardist Martin McCarrick for 1988's Peepshow, a techno-inspired outing that gave the group its first U.S. chart single with "Peek-a-Boo."nnIn 1991 -- the year in which Sioux and Budgie married -- the Banshees performed on the inaugural Lollapalooza tour; their concurrent LP, Superstition, was their most commercially successful, spawning their lone U.S. Top 40 hit, "Kiss Them for Me." Another singles collection, Twice Upon a Time, followed in 1992 before the group returned after a long absence with 1995's stylish The Rapture, produced in part by John Cale. A year later, the nostalgia surrounding the reunion of their former heroes the Sex Pistols prompted Siouxsie and the Banshees to finally call it quits; Siouxsie and Budgie turned to the Creatures as their primary project, while Severin composed the score for the controversial film Visions of Ecstasy. In 2002 Siouxsie, Severin, and Budgie reunited, joined by guitarist Knox Chandler, for the so-called Seven Year Itch tour, eventually leading to a live album, Seven Year Itch, and a DVD concert film in 2003. Universal Music began releasing the band's albums remastered with bonus tracks in 2006. Voices on the Air: The Peel Sessions, drawn from live recordings made for the John Peel radio show between 1978 and 1986, appeared that same year. ~ Jason Ankeny

Discografía de Siouxsie and The Banshees 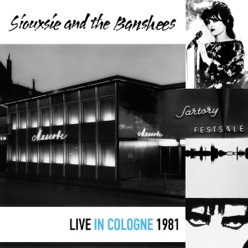 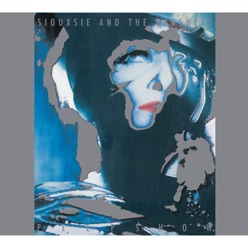 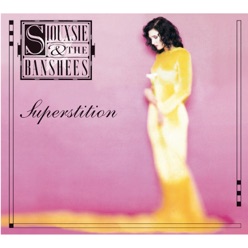 Siouxsie and The Banshees en Junio