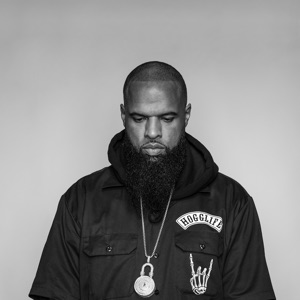 CIUDAD NATAL
Houston, TX
NACIMIENTO
8 de septiembre de 1980
Acerca de Slim Thug
With an imposing figure and booming voice to match, Slim Thug (born Stayve Jerome Thomas) began his rise by dropping in for guest verses -- on mixtapes and other artists' albums -- for several years before making his full-length debut through the Neptunes' Star Trak label. Based out of the northern part of Houston, the MC fell in with Swishahouse's Michael Watts and established a following in no time. This strategy had a lot to do with his business instincts: mixtapes released on his own Boss Hogg Outlawz label circulated throughout the region. (He also acquired a couple record stores and became involved with real estate.) Already Platinum, distributed by Geffen, sustained several release-date delays before its July 2005 street date, and featured production work from the Neptunes and Jazze Pha. The Boss of All Bosses followed in 2009, with Tha Thug Show arriving one year later.nn In 2012, Slim Thug kicked off his Thug Thursday mixtape series (the sequel dropped in 2014, with a third part of the trilogy arriving in 2016). He also released the Welcome to Texas series: 2013's installment featured Rick Ross, Pimp C, and Ludacris. That same year, Thug issued a joint album with Lil' Keke titled The Big Unit, as well as his fourth LP, Boss Life, which featured Big K.R.I.T., Paul Wall, Chamillionaire, Bun B, Yo Gotti, and Kevin Gates.nn Thug would have another busy year in 2015. Launching his Hogg Life series, he unveiled the first part, The Beginning, that February. Still Surviving followed that summer, with Hustler of the Year arriving in October. A year later, the fourth volume, American King, debuted in the Top Ten of the Billboard rap chart. Thug had a banner year in 2017, with the February release of his Welcome 2 Houston mixtape followed in August by Havin Thangs 2K17, a collaborative album with Killa Kyleon. The World Is Yours, his third major release of the year, arrived in December and featured guests like Cam Wallace and Paul Wall. In 2019, Thug paired with Boston George for the mixtape Big Bad Boston and the Boss. ~ Andy Kellman u0026 Neil Z. Yeung 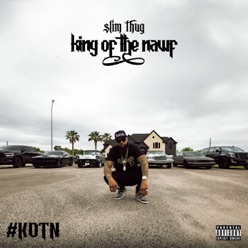 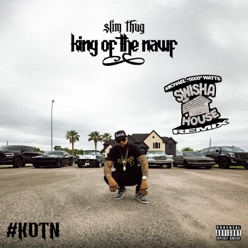 King of the Nawf (Swishahouse Remix)
2019 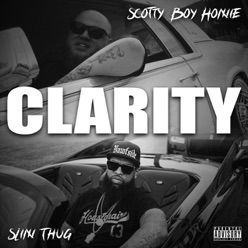