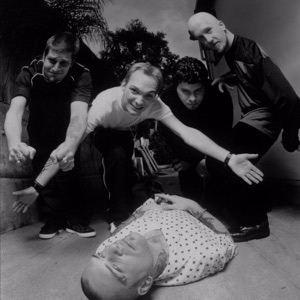 FORMACIÓN
1995
Acerca de Snot
Snot was formed in Santa Barbara sometime in 1995 by singer Lynn Strait (who had formerly played bass in local punk act Lethal Dose) and guitarist Mike Doling (formerly of Kronix). In 1996, Snot signed with Geffen Records after building a strong following with their powerful L.A. area performances, and shortly the group began work on their first full-length recording. The resulting disc, Get Some, was released in 1997 and immediately began receiving favorable notices. Get Some is a dynamic, hardcore metal offering that exhibits the punk and metal roots of Snot members Strait, Doling, bassist John Fahnestock, drummer Jamie Miller, and guitarist Sonny Mayo. Snot began touring in support of their new record and partly due to the fact that they were so very well received within the community of rock musicians, they were given a slot on the 1998 Ozzfest tour where Strait (among other dubious accomplishments no doubt) was arrested in Mansfield, MA, for indecent exposure after an onstage encounter with a member of Limp Bizkit's touring entourage. While Snot was running amok all over America, their debut wasn't getting quite as warm a reception as the band and their label would have liked, and after the Universal-Polygram merger, their future with the new company seemed to be in jeopardy as many lesser and new artists were being cut free from their contracts. Undaunted, the group continued to work on new music while pursuing whatever business and recording opportunities they found available to them. It was during this tough time for the band that Strait was killed in a car accident. On December 11, 1998 a truck struck the singer's car on the 101 freeway near Santa Barbara. Strait was 30 years old. Also killed in the accident was Strait's dog Dobbs, a boxer that appeared on the cover of Get Some. Fahnestock and Doling took the tracks that they had been working on with Strait at the time of his death and had friends of the singer come by (Korn's Jonathan Davis, Limp Bizkit's Fred Durst, and Sugar Ray's Mark McGrath, among others) and lay down their own vocals as a tribute to the deceased. The subsequent Immortal Records release was called Straight Up. This record is a symbol of the tremendous outpouring of grief and sympathy -- especially within the L.A. new metal and alternative music community -- that was indeed massive and sustained. The vigilance of fans and concerted effort to sustain his legacy by other artists affirmed what many close to Strait had known for a longtime: that the singer had incredible magnetism and spirit, and that while he wasn't always an angel, he managed to inspire and entertain people. These were certainly among the man's goals, which he obviously accomplished during his lifetime. After the release of Strait Up, Fahnestock joined Amen and Doling signed on with Soulfly. ~ Vincent Jeffries 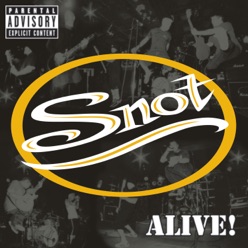 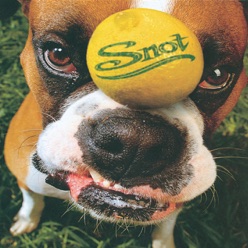