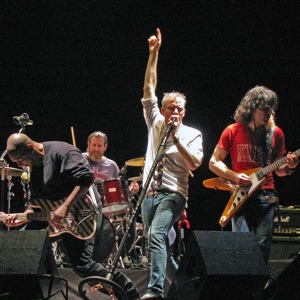 ORIGEN
New York, NY
FORMACIÓN
1988
Acerca de Spin Doctors
There were many pseudo-hippie, jam-oriented blues rockers in New York during the early '90s, but only the Spin Doctors made it big. And they made it big because not only could they immerse themselves in a groove, they also had concise pop skills. "Little Miss Can't Be Wrong" and "Two Princes" were cleverly written singles, full of clean, blues-inflected licks and ingratiating pop melodies. Pocket Full of Kryptonite had been around for nearly a year when MTV and radio began playing "Little Miss Can't Be Wrong," but once they started playing it, they couldn't stop. The Spin Doctors became an overnight sensation, selling millions of albums around the world.nnTheir second album, 1994's Turn It Upside Down, didn't sell very well when it was released, largely because the first single, "Cleopatra's Cat," was a failed experiment in funk. But the second single, "You Let Your Heart Go Too Fast," was in the vein of "Two Princes," and the album began to sell after the song was released. In the summer of 1996, the Spin Doctors released You've Got to Believe in Something. After the album failed to make an impression on the charts, the Spin Doctors were dropped from Epic in the fall of 1996. After a couple of years, the group found a new label; their first record for Uptown/Universal, Here Comes the Bride, appeared in the summer of 1999. It was seemingly their swan song, however. By this point, original members Eric Schenkman (guitar) and Mark White (bass) had left the band, and Barron's voice was failing him. The Spin Doctors broke up, and the greatest-hits set Just Go Ahead Now appeared like a nail in their coffin. Their journey wasn't quite over, however. The band reunited for a series of shows in 2001 and 2002, and they used that momentum to head back into the studio, where they recorded Nice Talking to Me. The album was released by Ruff Nation/Universal in fall 2005.nnOver the next few years, the Spin Doctors toured semi-regularly, celebrating the 20th anniversary of Pocket Full of Kryptonite in 2011 with a deluxe edition and a supporting tour. Between these tours, Barron pursued some side projects, including the 2009 solo album Pancho and the Kid. The Spin Doctors regrouped in 2013 for their first album in eight years, the all-blues If the River Was Whiskey. ~ Stephen Thomas Erlewine 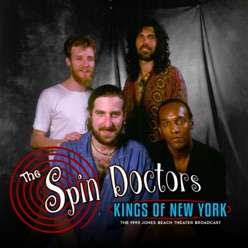 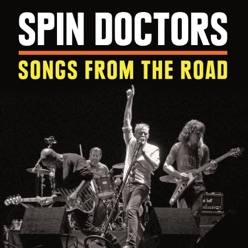 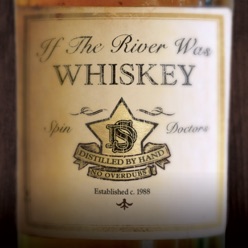 If the River Was Whiskey
2013
Ver todos los discos