ORIGEN
Athens, Greece
FORMACIÓN
1995
Acerca de Astarte
Astarte, whose music is best described as black metal with overtones of goth metal at times, are a rarity: an extreme metal band that has had all-female lineups. Extreme metal, which includes death metal and black metal as well as metalcore, has been very male-dominated; the vast majority of extreme metal bands in the United States and Europe have never had any female members. But Astarte are an exception to that rule, and they are also one of the more melodic bands in black metal. While many black metal (and death metal) bands have favored brutality and harshness for the sake of brutality and harshness, Astarte have offered a more musical and nuanced approach; their work is intense, hard-driving, and forceful, but not without a strong sense of melody and harmony.nn Originally known as Lloth, Astarte were formed in Athens, Greece, in September 1995, when bassist/guitarist/keyboardist Maria Kolokouri, aka Tristessa (who subsequently took over on lead vocals) joined forces with guitarist Nemesis and lead singer/guitarist Kinthia; Tristessa (whose name means "sadness" in some of the romance languages), Nemesis, and Kinthia are women, and the formation of an all-female black metal band was certainly unusual in the mid-'90s (and no less unusual in the late 2000s). Another thing that was surprising about Astarte in the mid-'90s was the fact that they were Greek; the death metal/black metal field was dominated by the Scandinavian countries in the '90s (many of the important black metal bands have been from Norway), and Greece was hardly the first country that came to mind during a conversation about either black metal or death metal. Employing Psychoslaughter (who had played with a Greek metal band called Invocation) as a session drummer, Tristessa and her colleagues recorded their first demo, Dancing in the Dark Lakes of Evil, in May 1997. Not long after that, Lloth were renamed Astarte, a name they borrowed from Middle Eastern mythology (Astarte is the Semitic goddess of fertility and sexuality, and some historians consider her to be the Semitic counterpart of Aphrodite -- the love and sexuality goddess of Greek mythology).nn In 1998 -- after the name change was official -- Astarte recorded their first official full-length album, Doomed Dark Years, which was released on the independent Black Lotus label. That debut was followed by Astarte's second album, Rise from Within (another Black Lotus release), in 2000 and their third album, Quod Superius, Sicut Inferius (which was their last Black Lotus release), in 2002. The following year, Astarte went through some personnel changes; Tristessa (who has favored the type of abrasive rasp vocals that black metal is known for) remained, but Nemesis and Kinthia left -- and new members Katharsis (keyboards) and Hybris (guitar) came on board. In 2003, Astarte recorded their fourth album, Sirens, which was released by Italy's Avantgarde Music in Europe and was distributed by the Los Angeles-based, Cleopatra-associated Magick label in the United States. Astarte's fifth album, Demonized, was recorded in 2006 and released in Europe in 2007 by Avantgarde. ~ Alex Henderson 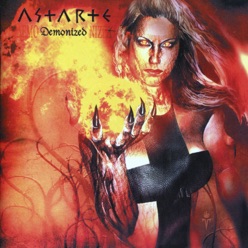 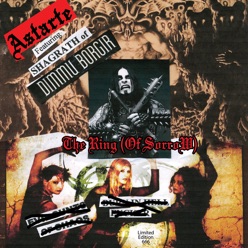 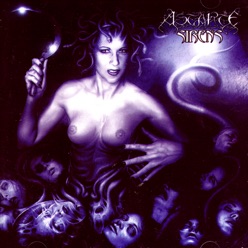