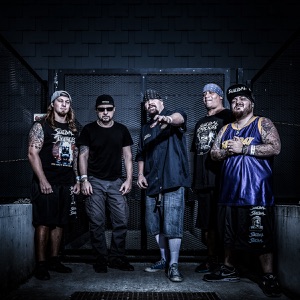 ORIGEN
Venice, CA
FORMACIÓN
1980
Acerca de Suicidal Tendencies
Judging from their name, Suicidal Tendencies were never afraid of a little controversy. Formed in Venice, California, during the early '80s, the group's leader from the beginning was outspoken vocalist Mike Muir. The outfit specialized in vicious hardcore early on -- building a huge following among skateboarders, lending a major hand in the creation of skatepunk -- before turning their focus eventually to thrash metal. Early on, the group (whose original lineup included Muir, guitarist Grant Estes, bassist Louiche Mayorga, and drummer Amery Smith) found it increasingly difficult to book shows, due to rumors of its members' affiliation with local gangs and consistent violence at their performances. The underground buzz regarding Suicidal Tendencies grew too loud for labels to ignore though, as the quartet signed on with the indie label Frontier; issuing Muir and company's classic self-titled debut in 1983. The album quickly became the best-selling hardcore album up to that point; its best-known track, "Institutionalized," was one of the first hardcore punk videos to receive substantial airplay on MTV, and was eventually used in the Emilio Estevez cult classic movie Repo Man, as well as in an episode for the hit TV show Miami Vice (for which the group made a cameo appearance).nn Suicidal Tendencies proved influential for future speed/thrash metal bands, but despite their early success, their reputation preceded them, as no other record label was willing to take them on (in addition, Los Angeles banned the group from playing around this time, lasting until the early '90s). Not much was heard from the group for several years afterward (leading many to believe that Suicidal had broken up), but Muir and company eventually found a home with Caroline Records. By this time, half of the original lineup had left; Muir and Mayorga were the only holdovers, while guitarist Rocky George and drummer R.J. Herrera rounded out the group. The year 1987 saw the release of Suicidal's sophomore release, Join the Army, which spawned another popular skatepunk anthem, "Possessed to Skate," as more and more metalheads began to be spotted in Suicidal's audience. Soon after, Suicidal were finally offered a major-label contract (with Epic), as another lineup change occurred: Mayorga exited the band, while newcomer Bob Heathcote took his spot, and a second guitarist, Mike Clark, was added as well. This Suicidal lineup's first album together, 1988's How Will I Laugh Tomorrow When I Can't Even Smile Today, showed that their transformation from hardcore to heavy metal was now complete, as did a compilation of two earlier EPs, 1989's Controlled by Hatred/Feel Like Shit...Déjà Vu.nn Suicidal's first release of the new decade, 1990's Lights, Camera, Revolution, was another success; its video for the explosive "You Can't Bring Me Down" received repeated airings on MTV's Headbanger's Ball program, while the album (in addition to the Controlled by Hatred comp) would be certified gold in the U.S. a few years later. The release also signaled the arrival of new bassist Robert Trujillo, whose penchant for funk added a new element to the group's sound. The group tried to broaden its audience even further by opening a string of arena shows for prog-metalists Queensrÿche during the summer of 1991. Their next release, 1992's The Art of Rebellion, proved to be one of the most musically experimental albums of their career. Muir and Trujillo also teamed up around this time for a funk-metal side project, Infectious Grooves (including several other participants, such as Jane's Addiction drummer Stephen Perkins) and issued a debut release, The Plague That Makes Your Booty Move. Upset that the group's classic debut had been out of print for several years by this point, Muir decided to re-record the entire record with Suicidal's '90s lineup under the title of Still Cyco After All These Years.nn But after one more release, 1994's Suicidal for Life, Suicidal Tendencies decided to hang it up. A pair of compilations were issued in 1997: a best-of set, Prime Cuts, plus Friends u0026 Family. Muir and Trujillo continued to issue further Infectious Grooves releases (Sarsippius' Ark and Groove Family Cyco), in addition to Muir pursuing a solo career under the alias of Cyco Miko (Lost My Brain Once Again) and Trujillo touring and recording as part of Ozzy Osbourne's solo band (appearing on Osbourne's 2001 release Down to Earth). Muir formed a new version of Suicidal Tendencies in the late '90s (with Clark being the only other familiar face), resulting in such further studio releases as 1999's Freedumb and 2000's Free Your Soul and Save My Mind. Muir and Trujillo joined forces once more for a fourth Infectious Grooves studio release in 2000, Mas Borracho, while another Cyco Miko release surfaced, Schizophrenic Born Again Problem Child, along with a follow-up to their earlier compilation, Friends u0026 Family, Vol. 2.nn Busy with myriad side projects, the band wouldn't release another studio album until 2013. The aptly named 13 was recorded over a ten-year period, and would be the group's only studio album with guitarist Nico Santora, bassist Steve Bruner, and drummer Eric Moore. Muir brought in guitarist Jeff Pogan, bassist Ra Díaz, and drummer Dave Lombardo for the band's 12th studio long-player, 2016's World Gone Mad. March 2018 saw the band issue the EP Get Your Fight On!, with plans to release a full-length outing later that summer. ~ Greg Prato 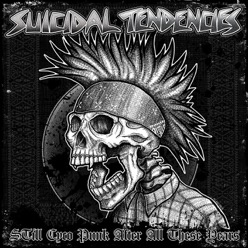 STill Cyco Punk After All These Years
2018 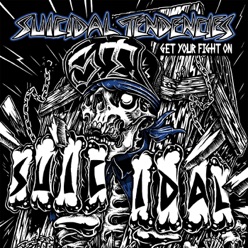 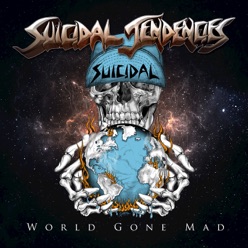