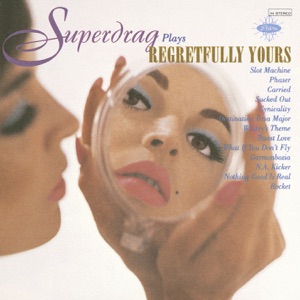 ORIGEN
Knoxville, TN
FORMACIÓN
1993
Acerca de Superdrag
Though many have dubbed Superdrag a punk-pop or power pop band, their music has shown itself to be atop of the aforementioned genres. Taking as much influence from the British Invasion-style pop of the Beatles and the Zombies as My Bloody Valentine and Hüsker Dü, Superdrag's songs combined melodicism and noise in fully distinct fashion. While many have compared frontman John Davis -- no relation to the Jonathan Davis of Korn or John Davis of Folk Implosion -- to Big Star's Alex Chilton in terms of his throaty vocals, sometimes cynical lyrics, and major-minor chord progressions, the history of the two Tennessee-based groups have shared many parallels in terms of being a band's band that has often gone misunderstood.nn Superdrag's chief members -- Davis, guitarist Brandon Fisher, bassist Tom Pappas, and drummer Don Coffey, Jr. -- had played together in various outfits, including Punch Wagon and 30 Amp Fuse, before molding into the Used in the early '90s. The band's lineup featured Davis on drums, Pappas on vocals/guitar, Fisher on lead guitar, and Chris Hargrove on bass, although Coffey was eventually recruited to get behind the drum kit as Davis left to pursue "Superdrag" -- a vehicle for his own songs. Though Davis was fully competent toward playing all of the instruments on his original material (as shown on circulated home demos), he enlisted the talents of Fisher, Pappas, and Coffey so the group could play live. While playing frequent shows in their native Knoxville and beyond, Superdrag became a buzz band through the release of their 1995 debut, The Fabulous 8-Track Sounds of Superdrag, which was issued by Darla Records. The EP received rave reviews in publications like CMJ, fueling a major-label bidding war that eventually saw the band heading to Elektra Records.nn After Regretfully Yours was released during the summer of 1996, the leadoff first single "Sucked Out" became a major radio hit on both alternative and crossover stations, in addition to becoming an MTV "Buzz Clip." Sales of Regretfully Yours eventually pushed to a moderately successful 300,000, despite the failure of follow-up single/video "Destination Ursa Major." Playing hundreds of shows in support of the record, the group established itself as a highly renowned touring entity, though many of Davis' new songs proved to be darker and increasingly piano-based: the antithesis of the jangly rock that had launched Superdrag into the mainstream.nn Recorded in Los Angeles with producer Jerry Finn -- of Green Day, Rancid, and blink-182 fame -- Head Trip in Every Key proved to be something of a conceptual album, featuring well-thought orchestrations and a wider instrumental palette. While the other members served their usual roles, Davis expanded his range by playing the piano, organ, theremin, and sitar. Solid pop/rockers like "Hellbent" and "Do the Vampire" were radio-friendly tunes that received minor play, but emotional cuts like "She Is a Holy Grail" and "The Art of Dying" (an ode to The Tibetan Book of the Dead) were more representative of the album, which each song clocking in above five minutes. Despite the album's warm reception by several critics, Elektra Records was all but enthusiastic over Head Trip in Every Key and doled out little support upon its March 1998 release, even revoking the funding for a "Do the Vampire." Touring support was also minimal, prompting the band to leave the road quickly.nn Disgusted with the failure of Head Trip in Every Key, Superdrag independently released Stereo 360 Sound -- a compilation featuring original demos, alternate versions, and unreleased tracks -- on the band's own label, Superdrag Sound Laboratories. Bolstered by the project's small-scale success, the quartet happily decamped to Nashville's Woodland Studios to record a yet-to-be-titled third LP (as part of a newly signed two-album extension with Elektra). However, the label's insistence that Superdrag write "hit songs" for the album angered the musicians, who ultimately demanded to be dropped from Elektra's roster. The wish was granted, and a frustrated Pappas left Superdrag in 1999 to fully pursue Flesh Vehicle -- a Rolling Stones-meets-Johnny Thunders power trio that featured him as the main songwriter. Although Davis, Fisher, and Coffey played on Flesh Vehicle's full-length disc Elastic Prose (released later in the year on Green Point Music Works), Superdrag moved onward in his absence, adding bassist Sam Powers (from the Nashville-based group Who Hit John) to their full-time lineup.nn Opening up their own Stealth Studios, Superdrag recorded In the Valley of Dying Stars with the aid of producer and longtime friend Nick Raskulinecz, who had worked with the group on all recordings since their 1993 inception. Released in the fall of 2000 by the New York-based Arena Rock Recording Company -- an indie label that had launched its operations in 1995 with the exclusive release of Superdrag's N.A. Kicker 7" single -- In the Valley of Dying Stars combined elements of both Elektra releases, having its fair share of lush arrangements mixed in with the feedback-enhanced pop that had won over Superdrag's earliest fans. By this point, however, years on the road had taken their toll on Davis, whose alcoholism reached a peak during the early recording sessions for Last Call for Vitriol. The album was released in 2002 and prompted another tour; Davis had become a devout Christian toward the end of the recording process, though, and Powers exited the lineup in May 2003, wishing to spend more time with his family. Faced with such changes, the entire group disbanded after a final performance in September 2003.nnThe musicians pursued different interests for several years, with Davis issuing a Christian album, Powers touring as a substitute bassist for Guided by Voices, and Coffey launching a career in production work. Nevertheless, Superdrag's classic lineup reconvened in 2007 for a series of shows, followed by a proper reunion in 2008 that saw the group returning to the recording studio. Released in early 2009, Industry Giants marked the band's fifth release, as well as the first album issued by the original lineup since 1998. ~ Darren Paltrowitz 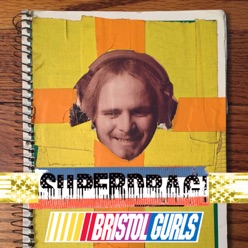 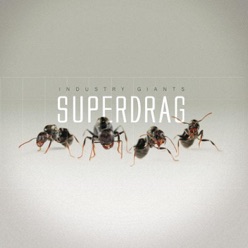 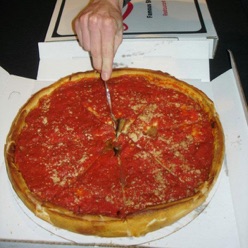