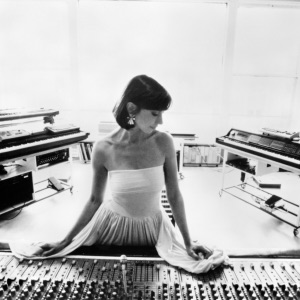 CIUDAD NATAL
Indiana
NACIMIENTO
4 de junio de 1946
Acerca de Suzanne Ciani
Suzanne Ciani, aka "The Diva of the Diode," was among the first women to establish a pioneering reputation in electronic music, thank to her mastery of the Buchla synthesizers, famous for their alien-sounding bleeps, grunts, pings, oscillating drones, twangs, sonic washes, and watery burbles. The classically trained pianist, composer, synthesist, multi-instrumentalist, and sound designer gained initial fame when her now-trademark "swoosh" sound was introduced to the public through a mainstream vehicle: she added it to the Starland Vocal Band's smash single "Afternoon Delight." In addition to her own recordings, her work has been used voluminously in television, commercials ("Coke Adds Life"), films (the original Stepford Wives), and early video games (Liberator). In her five-decade-plus career, Ciani's recording catalog ranges from sound library work, soundtracks, and new age and ambient recordings to experimental, industrial, and beat-driven dates. She has performed at music festivals and technology conferences, and on TV and radio, and has influenced two generations of electronic musicians including Kaitlyn Aurelia Smith, with whom she collaborated on 2016's Frkwys, Vol. 13: Sunergy. Her life and work was also the subject of the documentary film A Life in Waves.nnCiani earned a Master's degree in composition from the University of California at Berkeley, where she studied with electronic pioneers Max Mathews, John Chowning, and Don Buchla. In 1975 she moved to New York, where she became involved in the Soho art scene, and also worked with minimalist Philip Glass. She started to hit the big time with the establishment of Ciani Musica, Inc., one of the foremost commercial production companies in the country. Ciani later expanded into film scoring and gained recognition for her work on Lily Tomlin's show The Incredible Shrinking Woman as well as the award-winning feature documentary Mother Teresa.nn Ciani's career as a recording artist, however, took a more indirect route. Her 1982 Japanese release Seven Waves became an underground hit, prompting its American release by Private Music in 1984. Then Velocity of Love came along, which, with its intriguing synthesizer work balanced by strong melodies and pop sensibilities, helped define contemporary instrumental music and the burgeoning genre of new age. Ciani recorded steadily for Private through the '80s and into the next decade, issuing the Grammy-winning Hotel Luna (1986), Neverland (1988), History of My Heart (1989), and the solo piano Pianissimo (1990). In 1994 Ciani established the Seventh Wave imprint, and issued the orchestral album Dream Suite. Two years later, Pianissimo II appeared, followed by a live album in 1997. The title track of the 1999 album Turning featured vocals from Chyi Yu.nn Ciani took a break after the third installment in her Pianissimo solo piano series, released in 2001. But she returned four years later with the ambitious studio effort Silver Ship, named Best New Age Album at the fifth annual Independent Music Awards. In 2008, she collaborated with videographer Robert Grimstone for the DVD Galapagos: A Musical Odyssey and the video collection Natura Poetica, which offered her best-known songs set to film by a group of cinematographers including David Fortney and Ken Jenkins.nn In 2011, Finders Keepers issued Lixiviation 1969-1985, a collection of previously unreleased archival material. It marked the beginning of an ambitious release schedule that revisited her musical history. The following year saw the release of Logo Presentation Reel 1985 -- a cassette portfolio of electronic advertisement music for companies ranging from Atari to Pepsi -- and the double-set reissue of Voices of Packaged Souls (originally released in an edition of 50 copies for a Brussels art gallery exhibition between Ciani and visual artist Harold Paris) paired with Seven Waves. In 2013, the limited set Neotantrik featured improvised recordings made in art galleries and cinemas in Los Angeles and Belgium and placed Ciani in the company of Andy Votel and Sean Canty from Demdike Stare. In 2016, the archival Buchla Concerts 1975 appeared, followed by a brand-new offering entitled Sunergy from RVNG in its FRKWYS series, capturing a live in-studio collaboration between Ciani and Kaitlyn Aurelia Smith. In 2017, Ciani's long-unavailable 1980 score to Gian Carlo Menotti's opera Help, Help, the Globolinks! was released on Finders Keepers. In 2018, Ciani released the vinyl-only Live Quadraphonic, recorded live in performance on her Buchla 200e System during the Machines in Music synthesizer fair in N.Y.C. on October 8, 2016. The package included a hardware decoder to decode two channels of audio from the vinyl disc back to the four-channel recording. ~ Linda Kohanov 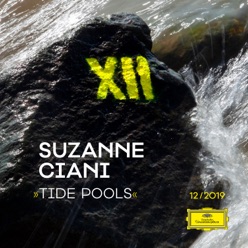 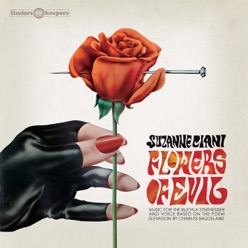 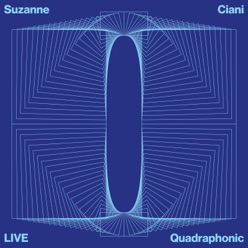