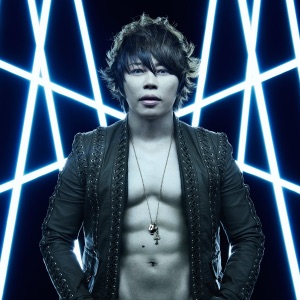 Acerca de T.M. Revolution
T.M. Revolution (born Takanori Nishikawa) is something of an heir to the Japanese synth rock megastars TMN. The similarities only begin with the name: T.M. Revolution was made a star in his own right by the producer Daisuke Asakura, a disciple of TMN's mastermind Tetsuya Komuro, and his own electronica-heavy brand of pop/rock betrays ties to the sound of both TMN and Asakura. However, T.M. Revolution didn't score through nepotism alone: his ride to success is largely credited to his involvement with the anime series Rurouni Kenshin and the Mobile Suit Gundam SEED, both of them Japanese and world-wide hits; he managed to make it to the top, expanding geographically -- he entered the American market in the early 2000s -- and creatively, doing the occasional bit of voice acting and establishing the acclaimed metalcore side project Abington Boys School.rnBorn in Yasu in central Japan in 1970, Nishikawa dropped out of high school to become a musician, and spent several years struggling to rise from obscurity. From 1990-1993 he sang for the visual kei band Luis-Mary under the nickname Haine, and in 1995 was signed to FunHouse, where he debuted solo with Black or White, released under the guidance of Asakura and still under his real name. He was renamed T.M. Revolution ("Takanori Makes Revolution") in 1996, the first single under this moniker being "Dokusai Monopolize" (1996), which managed to enter the Oricon at number 28. The debut album Makes Revolution (1996) fared a bit better, rising to number 20, but his big break was still ahead. His next release, the single "Heart of Sword Yoake Mae" (1996), was used in Rurouni Kenshin, and lingered on the charts for 45 weeks, allowing T.M. Revolution's second album Restoration Level 3 to rise to number five and sell 369,000 copies in 1997. However, it still had nothing on the 1997 follow-up singles High Pressure, which shifted 800,000 units, and White Breath, T.M. Revolution's first number one and million-seller, which made him a guest on the ultra-popular new year TV show Kohaku Uta Gassen; he also began his seven-year run as a host on the radio show All Night Nippon at the time. The next album Triple Joker (1998) sold over 1.65 million copies and led to T.M. Revolution's first overseas appearance -- he played Taiwan the same year; another number one single, one more stint at Kohaku Uta Gassen, and fourth album The Force (1999) followed, the full-length being not quite the juggernaut of Triple Joker, but still shifting 900,000 units. He never topped these results, but since then his sales steadily hovered at the 100-200,000 mark.rnThings started to change in 1999. First, Nishikawa married Yumi Yoshimura of Puffy AmiYumi, although they divorced in 2002. Then, he branched out into musicals, playing the main role in the Japanese production of Little Shop of Horrors, and, finally, he changed his musical shingle to "the end of Genesis T.M. Revolution Turbo Type D" (or just TMR-e), which now included his producer Asakura as a full-fledged member. The unit released some singles and the album Suite Season, but fell apart in 2000, when Nishikawa returned to his T.M. Revolution brand. In 2001, he was invited to contribute a song to Gundam SEED, and the single "Invoke" went to sell 250,000 copies. "Meteor" was also used in the series, where Nishikawa guested as a voice actor; both tunes were included on his album Coordinate (2003) that also came out on the North American Tofu Records, T.M. Revolution being first artist on its rooster (he debuted live in the U.S. the same year, playing the Otakon). Tofu handled his next two full-lengths, Seventh Heaven (2004) and Vertical Infinity (2005), as well, both of them carrying more Gundam franchise songs, "Zips" and "Ignited" respectively, the latter being his first number one single in six years. Around the time of "Ignite" T.M. Revolution also did "Web of Night" for the Japanese release of Spider-Man 2 and voiced a Gundam SEED character that was based on his own Luis-Mary-era image. Things were working out well, especially with the single "Vestige" (2005), featured in the Gundam SEED sequel, becoming his second number one in a row, but then there was no new T.M. Revolution material for a while. Nishikawa established Abington Boys School in 2005 -- they released their eponymous debut in 2007, and played in the musical How to Succeed (2007). T.M. Revolution returned in 2008 with the single "Resonance," used in the anime series Soul Eater. ~ Alexey Eremenko 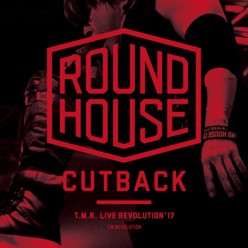 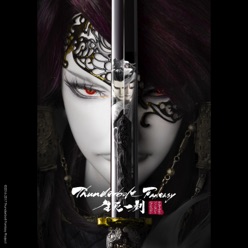 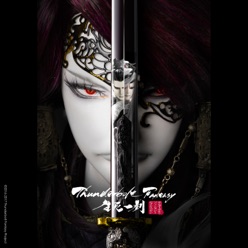