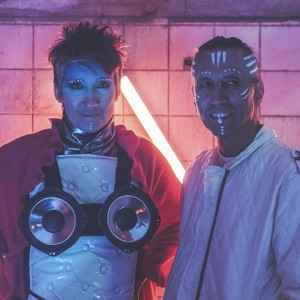 ORIGEN
Bogota, Colombia
FORMACIÓN
1993
Acerca de Aterciopelados
Calling Aterciopelados one of the most important rock en español innovators since the mid-'90s would be an accurate summation, but it only scratches the surface of this band's longstanding influence. Formed as a quartet around the songwriting duo of former Delia y los Aminoacidos singer/guitarist Andrea Echeverri and bassist/producer Héctor Buitrago in 1993, Aterciopelados (whose name translates loosely to "the velvety ones") was one of the first rock bands to emerge from Colombia. In subsequent years, they remained one of the most consistently adventurous and influential Latin rock groups, their worldwide popularity increasing steadily even as they underwent noticeable stylistic transformations.nn Aterciopelados' earliest music, represented on albums such as 1993's Con el Corazon en la Mano and the following year's El Dorado, was also their fiercest, incorporating punk rock with Latin and Caribbean styles like bolero, flamenco, ska, and reggae. The band's original drummer, Andrés Giraldo, was replaced by Alejandro Duque in 1995, and guitarist Charlie Márquez was replaced by Alejandro Gómez Cáceras in 1997. As Aterciopelados evolved, the band's mix took in more traditional Colombian folk styles such as vallenato and cumbia, and they introduced Andean pan flutes and other regional acoustic instrumentation to the standard combo of rock guitars and drums. Simultaneously, they exhibited an increasing reliance on electronics and synthesizer programming.nn 1997's La Pipa de la Paz, which was produced by former Roxy Music guitarist Phil Manzanera, broke the band in North America, and 1998's largely electronic Caribe Atómico, recorded in New York with assistance from avant-garde musicians Marc Ribot and Arto Lindsay, furthered the band's reputation, although by this point Aterciopelados had essentially centered around the core lineup of Echeverri and Buitrago. Gozo Poderoso (2000) was their most acclaimed album yet and landed Aterciopelados in the Top Ten of the Billboard Top Latin Albums sales chart. It also won Aterciopelados a 2001 Latin Grammy in the category of Best Rock Duo/Group with Vocal.nn Aterciopelados took five years off following that success, releasing only the compilation Evolucion in 2002. Echeverri had a baby during the hiatus, and both she and Buitrago released solo albums, with Echeverri's self-titled release (whose songs focused on the mothering experience) receiving a Grammy nomination for Best Latin Rock/Alternative Album and a Latin Grammy nomination for Best Rock Album. In 2006, having moved from RCA International to the Nacional label (which also released both the Echeverri album and Buitrago's Conector), Aterciopelados returned with Oye, which introduced a more acoustic-based sound. 2008's Rio explored a different direction, focusing on unique rhythms and earning a favorable Rolling Stone review, which deemed Echeverri "a Spanish-language Patti Smith. ~ Jeff Tamarkin 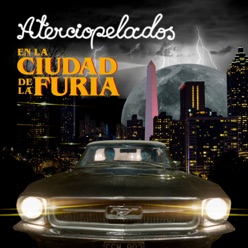 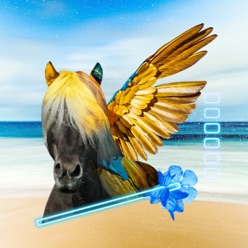 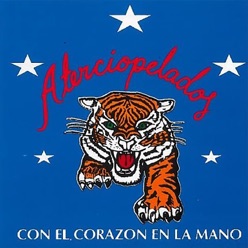