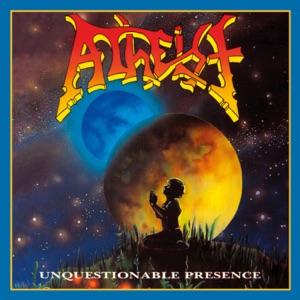 ORIGEN
Sarasota, FL
FORMACIÓN
1984
Acerca de Atheist
Arguably the ultimate progressive metal band of their day, Atheist's impossibly Byzantine death-jazz proved too advanced even for committed metalheads to stomach. Over the span of three albums admirably recorded in spite of crippling adversity, the band's inventive but inaccessible style has earned them a lasting respect, but likewise compromised their chances of attaining widespread success.nnAtheist started out as typical '80s thrash metal band. Founded in 1984 by vocalist and guitarist Kelly Shaefer and drummer Steve Flynn under the name of Oblivion and then R.A.V.A.G.E (Raging Atheists Vowing A Gory End), their shuffling lineup only stabilized years later with the arrival of bassist Roger Patterson and guitarist Mark Sczawtsberg. Settling on the name Atheist, the band suddenly began evolving at a fast clip, their gradual path towards an extremely complex brand of death metal documented in a series of compilations and demo tapes along the way. With the arrival of guitarist Randy Burkey in 1988, Atheist secured a deal with Mean Machine Records and issued their first album Piece of Time the following year (when the label went bankrupt, the album was picked up by Active Records). An amazingly dense and challenging record, it's head-spinning arrangements and dissonant riffing stumped most casual listeners but wowed critics with the sheer audacity of the band's death-jazz. Tours of Europe, Canada, and the United States would follow, and Atheist had already begun work on a follow-up when tragedy struck. Returning home from a road jaunt supporting Swedish doomsters Candlemass in February 1991, their van suffered a horrific crash, Patterson dying in Shaefer's arms by the roadside. The trauma was almost too much for Atheist to overcome but they eventually decided to carry on, and with session work by Cynic bassist Tony Choy, the Unquestionable Presence LP was released later that year. Possibly their finest hour, it not only served as a tribute to Patterson, but also managed to perfect the debut's seething intensity into an even sharper focus. Darren McFarland became their new touring bassist, but following just a few local dates, Shaefer decided to focus on his more rock-oriented side project Neurotica. But Atheist still owed Active Records one more album, so Shaefer, Burkey, and a returning Choy joined with guitarist Frank Emmi and drummer Marcel Dissantos to record 1993's Elements. Rising to the challenge, Shaefer and company bolstered the use of melody and experimented with a wide array of different musical styles, resulting in a remarkably strong effort considering the band's hand had been forced in the first place. Then, their responsibilities fulfilled, Atheist finally disbanded and Shaefer resumed his work with Neurotica, although 21st century re-formation rumors have surfaced on occasion. ~ Mike DaRonco u0026 Ed Rivadavia 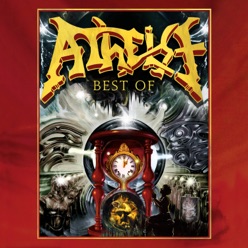 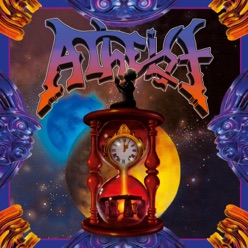 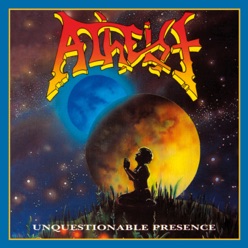