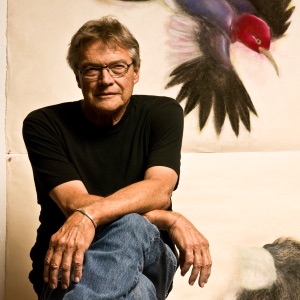 CIUDAD NATAL
Wichita, KS
NACIMIENTO
7 de mayo de 1943
Acerca de Terry Allen
There may be no greater maverick than Terry Allen in all of country music from the mid-'70s onward. Along with Jimmie Dale Gilmore, Joe Ely, and Butch Hancock -- all of whom he's known and collaborated with -- Allen is a standard-bearer of the Lubbock, Texas country scene. Though not widely heralded, this is perhaps the most progressive movement in all of contemporary country, digging into modern-day concerns with a gutsy, liberal perspective while maintaining a firm musical grounding in regional country and folk traditions. Allen is perhaps the most ambitious of them all, writing complex song cycles that have been performed with the help of fellow eclectics ranging from Lowell George to David Byrne.nn Allen's audience, like those of other Lubbock pioneers, is not the country mainstream. Indeed, his principal appeal may not lie with the country audience at all (though his music definitely is country), but with open-minded alternative folk and rock listeners. Unlike most current country artists, his words aim to question and confront hard day-to-day realities rather than offer conservative clichés or maudlin comforts to shield listeners from those very day-to-day realities. He does so with a humor and irreverence that will find little sympathy in Nashville or Middle America.nn Country music is just one of Allen's artistic pursuits, perhaps accounting to some degree for his wide perspective. The Renaissance man is also an internationally recognized artist with three NEA grants and a Guggenheim Fellowship to his credit. He's also a true multimedia performer, having done work in the mediums of painting, sculpture, film, video, installation, theater, and poetry. Among his more interesting projects, for instance, was writing the music for Amerasia, a film about American servicemen living in Thailand after the Vietnam War; writing a new national anthem (with Ely, Hancock, and Gilmore) in conjunction with a book about Vietnam; and collaborating with his wife, Jo Harvey Allen, as well as Ely and Hancock, on the production of the acclaimed stage play Chippy.nn But Allen is not a country music dilettante, having written songs for Bobby Bare and Robert Earl Keen. Outside of the strict country sphere, he wrote "New Delhi Freight Train" for Little Feat, and contributed a few songs to the soundtrack of David Byrne's True Stories film. The cinema has always been an inspiration or influence upon Allen's work. His first album, Juarez (from the mid-'70s), was a conceptual work that originated as a soundtrack to an imaginary film, evolving into a set of songs inspired by Mexican imagery.nn Released in 1979, Lubbock (On Everything) is considered his most significant album. Inspired by his experiences growing up in the Texas town, it won praise for observing the details of regional life and characters with a sensitivity and wit more akin to rock and folk singer/songwriters than country ones. Allen's music (if not his lyrical content), however, remains very much in the Texan country tradition.nn With several artistic projects always in the works, Allen hasn't felt the need to record frequently. His singing and songwriting prowess remained undimmed, though, on 1996's Human Remains. He also expanded his musical horizons significantly with support from such noted stars and cult figures as David Byrne, Lucinda Williams, Ponty Bone, Lloyd Maines, and Joe Ely. Salivation was released in 1999.nn Allen focused on various other disciplines, showing his paintings and sculpture, and writing poetry in the early years of the 21st century. His next album to appear was Amerasia: A Film by Wolf-Eckart Buhler, a soundtrack to an obscure work from 1987 film about American soldiers who remained in Southwest Asia after the war in Vietnam. It was recorded in Cambodia with a local rock band called Caravan, and in Lubbock with his own Panhandle Mystery Band; it was released in 2003. He continued to show his artwork globally and collaborate with playwrights, visual, and performance artists. He also toured his music both solo and with small bands.nn In 2005, his play Dugout was published by Univ. of Texas Press; it was followed five years later by an extensive self-titled monograph. Allen didn't record again until late 2012. Bottom of the World was self-released on his tla label, and was met with critical acclaim for its dark, wry vision. Its lineup featured Maines, Bukka Allen, Sally Allen, and Richard Bowden. ~ Richie Unterberger 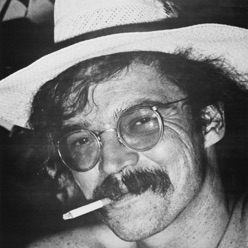 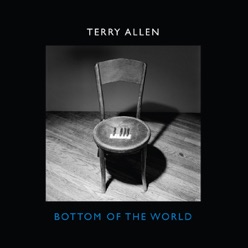 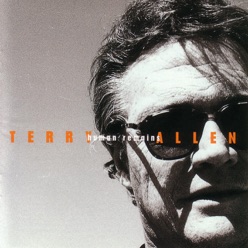