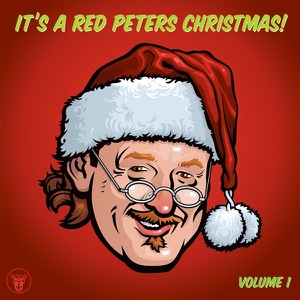 ORIGEN
Kingston, Ontario, Canada
FORMACIÓN
1991
Acerca de The Arrogant Worms
The Arrogant Worms are not a conventional folk band; the witty and sometimes very black humor of their lyrics should entitle them to carry the title "Canada's secret weapon number one." In order to enjoy the full bandwidth of these "purveyors of the absurd and ambassadors of fun" (in their own words), it is absolutely necessary to have seen a live performance, as they are also perfect showmen, just listening to their recording does not prove sufficient. Whereas the humor of other acts usually becomes dull, stale, or simply stupid over the years, the Arrogant Worms have managed to remain refreshingly funny and witty throughout the decade of the '90s. Their obvious non-presence in the usual commercial comedy schlock just points the more to the quality of their satire. About their being Canadian, they sing for example: "It's not that we are better, it's just that we're less worse." (from "Proud to Be a Canadian").nn The initial band lineup consisting of Trevor Strong, Mike McCormick, John Whytock, and Steve Wood was formed in 1990 at Queens University in Kingston, Ontario, where all of the bandmembers were studying. Originally they had occasionally written songs and sketches for the local university campus radio; as the ideas did not dry up, they decided to form a permanent group. At their first live performances in Kingston, Ontario, the Arrogant Worms received an overwhelming response from their audiences. This was clearly a sign that witty humor was in demand and the band occupied a successful niche. During this time, the group was also discovered by the Canadian state-sponsored CBC radio station, which gave them continuous airplay.nn In 1992, they released their first album, The Arrogant Worms, on their own independent distribution label. The album turned out to be a success throughout Canada; songs like "Don't Go Into Politics" or "Jesus' Brother Bob" guaranteed them a place in the pantheon of biting humor. Steve Wood left the band after the release of their debut and they carried on as a trio, releasing Russell's Shorts in 1994. With "Carrot Juice Is Murder," this second album produced another classic which is sung by fans by heart during live concerts. The release of C'est Cheese in 1995 saw the addition of bass player Chris Patterson to the lineup. Shortly afterwards, however, John Whytock left the band and the Worms, as they are affectionately called by their fans, were a trio again. The live set Live Bait from 1997 caught some of the hilarious atmosphere of their stage performances, and in the same year, The Arrogant Worms presented on their fans' tables a wicked little Christmas present: their fourth regular studio release Christmas Turkey -- track titles like "Santa's Gonna Kick Your Ass," "Christmas Sucks," or "Daddy Threw Up on Christmas Day" speak for themselves. In 1999, they released the funny Dirt, expanding their satirical targeting to Canada's schmaltz pop queen and multi-million export hit Céline Dion.nnAt an Arrogant Worms concert on February 26, 2000, in Kansas City, a reverend from a local Baptist church circulated leaflets calling the group "satanic examples of the perverted culture" from the "cancerous blob of putrid matter atop the U.S." Chris Patterson commented this event sarcastically: "We're not worried. If they're really Christian, they won't kill anyone." By the end of the '90s, the group had sold about 60,000 copies of their albums -- an impressive number for an independent comedy folk act. These sales numbers were also the result of constant touring, on average four months of the year, and playing small-town theatres and folk festivals, as well as a continuous appearance on CBC radio. ~ Frank Eisenhuth