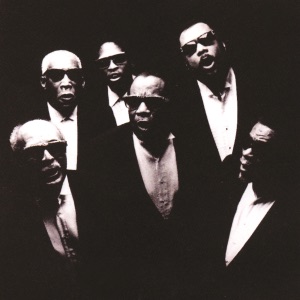 ORIGEN
Talladega, AL
FORMACIÓN
1937
Acerca de The Blind Boys of Alabama
A true staple of American roots music, the Blind Boys of Alabama emerged in the middle part of the 20th century, singing traditional black gospel music in a segregated South on the brink of the civil rights movement. From their inception in the late 1930s, when they were all boys, the group's members turned their handicap into their chief selling point, and in fact, all but one of the original members were blind. E From their early days touring the chitlin' circuit to their first recording heyday in the '50s and 60s, the Blind Boys weathered not only a rapidly changing America, but the mercurial trends of the music industry, always staying true to themselves and their spiritual message. After finally breaking through to the mainstream in the late '80s as part of the Obie-winning broadway musical The Gospel at Colonus, they enjoyed a hard-earned period of prominence that saw them making their first tours abroad, recording for major labels, and collaborating with a variety of different secular musicians including Lou Reed, Prince, and Stevie Wonder. Six decades into their career, the Blind Boys not only survived, but thrived during the first part of the 21st century, earning induction to the Gospel Music Hall of Fame and winning Grammy awards for albums like 2002's Spirit of the Century and 2009's Down in New Orleans. They also became more experimental and collaborative, recording with younger contemporary artists like Valerie June, Bon Iver's Justin Vernon, and Sam Amidon. By 2018, only two founding members were still alive, and yet they soldiered on creatively, recording the retrospective-like Almost Home.rnLed for most of their tenure by founding member Clarence Fountain, the group has also featured Jimmy Carter, Eric McKinney, George Scott, Caleb Butler, Johnny Fields, Joey Williams, Donald Dillion, and Aubrey Blount. They began singing together while students at the Talladega Institute for the Deaf and Blind in Alabama, but didn't begin recording until the late '40s. As a youth, Fountain heard the legendary Golden Gate Quartet on the radio; the early Five Blind Boys of Alabama took their initial musical cues from that group. They began singing professionally as the Happy Land Jubilee Singers, and for years lived a day-to-day, dollar-by-dollar existence touring the Chitlin' Circuit around the American South. rnBeginning in 1948, they recorded for a variety of small record companies, and had gospel music hits in the '50s with "Oh, Lord Stand by Me" and "I Can See Everybody's Mother But I Can't See Mine." In 1950, after the death of one of its members, the group renamed itself simply the Blind Boys of Alabama. Fountain's group recorded first for the Newark-based Coleman Records label. Between 1953 and 1957, the group recorded for Art Rupe's California-based Specialty label. In the '60s, the group's hard-driving gospel sounds were imitated by people like Bobby "Blue" Bland and Marvin Gaye. The group recorded extensively for the Vee-Jay label from 1963 to 1965. In 1969, Fountain left the group for a decade to try to make it on his own, and the group re-formed with all its original members in the late '70s. rnThey didn't enjoy widespread success until 1988, when they starred in an Obie Award-winning Broadway show. According to Fountain, the group's high point was being on Broadway for 15 weeks with the musical Gospel at Colonus. The musical opened up new avenues for bookings for the Blind Boys of Alabama, and they began touring theaters and larger churches in the early '90s, embarking on their first European tours as well. The group was awarded a National Heritage Fellowship in 1994. In 1994 and 1995, they played festivals including the Philadelphia Folk Festival, the Beale Street Music Festival, and the King Biscuit Blues Festival. Mid-'90s television appearances included BET's On Jazz, and even a cameo on Beverly Hills 90210. The group appeared on Peter Gabriel's 2002 album Up, and were co-billed with Ben Harper on 2004's There Will Be a Light. Scott passed away in 2005, and Fountain retired from active performance soon after, leaving Jimmy Carter to lead the group. Original bass singer Johnny Fields died in 2009. A 2011 recording, Take the High Road, found the Blind Boys of Alabama pursuing their roots in country gospel with help from producer Jamey Johnson and featuring guests including Willie Nelson, Hank Williams, Jr., and Vince Gill. The group took an even harder left turn when they collaborated with producer Justin Vernon (aka Bon Iver) on a collection of spirituals and spiritually oriented pop songs that hosted a number of special guest vocalists including Shara Worden (My Brightest Diamond), Merrill Garbus (tUnE-yArDs), Sam Amidon, and Patty Griffin. Titled I'll Find a Way, the album was released in October of 2013. A holiday album with Taj Mahal, Talkin' Christmas, appeared in time for the holiday season in 2014. Two years later, Omnivore Recordings reissued the group's Real World catalog in expanded editions. rnWhile the group continued to tour with Carter to guide them, Fountain remained home due to health issues. Beginning in late 2016, the Blind Boys of Alabama began recording sessions with four Grammy-winning producers (Chris Goldsmith, Vance Powell, Steve Berlin, and John Leventhal) in four North American cities. Songs were solicited from Leventhal and Marc Cohn, Ruthie Foster, Randall Bramblett, Valerie June, and North Mississippi Allstars, cut, and melded with covers by Bob Dylan and Billy Joe Shaver with the view of looking back and summing up the groups lengthy career. The finished album, Almost Home, was released in August 2017 and would prove to be the group's last release to feature Fountain, who died in June 2018. With Carter as its sole remaining founder, the Blind Boys teamed up with singer/songwriter Marc Cohn on the 2019 collaborative album Work to Do. ~ Richard Skelly 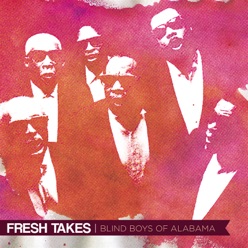 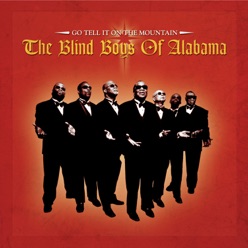 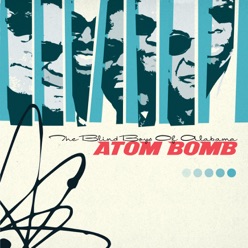