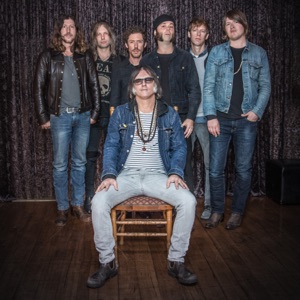 ORIGEN
San Francisco, CA
FORMACIÓN
1990
Acerca de The Brian Jonestown Massacre
The ever-evolving musical vehicle for notorious psych-rock brain trust Anton Newcombe, the Brian Jonestown Massacre has endured numerous phases and iterations since arriving in the mid-'90s, becoming something of an independent institution in the process. Early highlights like 1996's Their Satanic Majesties' Second Request showed Newcombe's propensity for melding late-'60s psychedelia with textured shoegaze, while later standouts like 2015's imaginary soundtrack Musique de Film Imaginé took a more cerebral and experimental approach. Undoubtedly, their most visible period followed the release of the 2004 documentary film DIG!, which focused on the contentious relationship between Newcombe and Dandy Warhols frontman Courtney Taylor-Taylor. With the film criticized by members from both bands for what they considered to be an unfair portrayal, the Brian Jonestown Massacre nonetheless survived the media attention and moved into a particularly fertile period of creativity that continued well into the 2010s.nn Named in tribute to the legendary Rolling Stones guitarist and his influence in introducing Eastern culture and music into the world of Western rock u0026 roll, the Brian Jonestown Massacre formed in San Francisco, California in 1990. Some 40 different members passed through the group's ranks over the next half-decade, but the focal point always remained singer/guitarist Anton Newcombe, who, along with bassist Matt Hollywood, guitarist Dean Taylor, organist Mara Regal, accordionist Dawn Thomas, drummer Brian Glaze, and percussionist Joel Gion, recorded the band's 1995 shoegaze-influenced debut LP, Methodrone. A collection of early recordings, Spacegirl and Other Favorites, followed on the band's own Tangible label in early 1996, and was the first of four Brian Jonestown Massacre LPs to appear that year; next up was the brilliant Their Satanic Majesties' Second Request, a full-blown homage to the Stones' glorious psychedelic-era excesses. Recorded live in the studio, the grittier Take It from the Man! found the band exploring even broader territory. Finally, the year ended with the release of Thank God for Mental Illness, a showcase for their strong country and blues leanings.nn In 1997, the BJM -- now consisting of Newcombe, Hollywood, Gion, Taylor, guitarists Jeff Davies and Peter Hayes, and drummer Brad Artley -- resurfaced with Give It Back! After signing to TVT, they released Strung Out in Heaven the following year, but the band and Newcombe's own eccentricities kept them from staying on the label. After a few scattered EPs, they resurfaced in 2001 with Bravery Repetition and Noise, distributed by Bomp. And This Is Our Music followed in 2003. Despite a continued lack of major distribution, the Brian Jonestown Massacre earned the largest profile of their career in 2004, when the band became the unlikely focus of an award-winning documentary, DIG!, which charted the trials of Newcombe and those of his former friend and perceived rival, Courtney Taylor-Taylor, leader of the Dandy Warhols. The We Are the Radio EP followed in August 2005. Three years later, the band reinvented itself with My Bloody Underground, featuring yet another lineup and a hint of shoegaze and noise pop, and marking the first release for Newcombe's own A Records label. The noisy experimentalism continued on 2010's Who Killed Sgt Pepper?, which Newcombe recorded partly in Iceland and Berlin.nn By this time, DIG! was fast becoming a cult classic, and even though the lineup had changed many times over since the movie premiere, the BJM's popularity remained thanks to a bevy of solid releases. In 2012, Newcombe and Matt Hollywood teamed up again to record what he considered his most cinematic record, Aufheben. In 2014, the project's 14th full-length album, Revelation, materialized, featuring tracks toiled over in Newcombe's Berlin studio between 2012 and 2014. In 2015, Newcombe returned to the themes of Aufheben with Musique de Film Imaginé, a collection of soundtrack cues for a nonexistent movie, inspired by his love of classic French cinema. A seven-song collection of new, more rock-based material arrived later that year under the amusing title of Mini Album Thingy Wingy. Ever prolific, Newcombe and his collaborators returned first in October 2016 with the lush psych-shoegaze LP Third World Pyramid, followed four months later by Don't Get Lost, their 16th album overall. Something Else, the first of two albums released in 2018, found the BJM eschewing some of the experimentalism of their later period in favor of a more straightforward rock approach akin to their early releases. The band's 18th album, the eponymously-titled The Brian Jonestown Massacre, arrived in 2019, as did the non-album single "Forgotten Graves." ~ Jason Ankeny 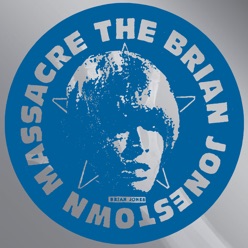 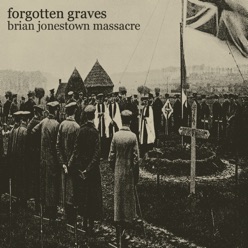 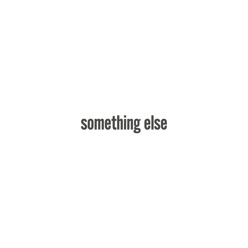 Something Else
2018
Ver todos los discos