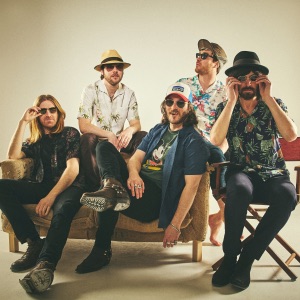 ORIGEN
Hoylake, Merseyside, England
FORMACIÓN
1996
Acerca de The Coral
British rock group the Coral formed in 1996 in Hoylake, a town on the Wirral Peninsula just across the River Mersey from Liverpool. Credited with igniting the guitar group revival in England, the six-member band boasted three guitarists and presented a rich, spirited sound drawn from a variety of influences like Motown, Merseybeat, psychedelia, country, and dub. Led by the roguish baritone of singer/guitarist James Skelly with his younger brother Ian Skelly on drums, the band's lineup consisted of guitarists Lee Southall and Bill Ryder-Jones along with bassist Paul Duffy and organist Nick Power. After discovering the band in a local pool hall, Alan Wills launched the Deltasonic label specifically to release the Coral's music, beginning with a 2001 single and a pair of EPs which led up to their breakthrough 2002 self-titled debut LP. The album was an immediate success, reaching number five on the U.K. charts and garnering a Mercury Prize nomination the day after its release. A year of hectic touring followed and in 2003 they delivered their more acoustic-oriented follow-up Magic and Medicine, which hit number one in the U.K. Their touring expanded to the U.S., Europe, and Japan before they hastily recorded the 2004 mini-album Nightfreak u0026 the Sons of Becker, which showcased a darker, more funk-based sound. After 2005's The Invisible Invasion, which was produced by Portishead's Adrian Utley and Geoff Barrow, Ryder-Jones stepped down as a touring member of the band though he remained active in the studio, providing string arrangements for 2007's Roots u0026 Echoes album. In 2008, Ryder-Jones made his departure from the group final and they closed the book on their first chapter with a retrospective singles and rarities collection. Regrouping as a five-piece, the Coral enlisted John Leckie (the Stone Roses, Radiohead) to produce their sixth album, 2010's Butterfly House, which also spawned the companion Butterfly House Acoustic release later in the year. Sessions for the group's next album took place at Peter Gabriel's Real World Studio, but were soon called to a halt when the band decided to take a break to work on solo projects. Ian Skelly's Cut from a Star came out quickly in 2012 and James Skelly's Love Undercover followed the next year on the Skelly's own Skeleton Key label. The brothers worked on each other's albums, as did Duffy and Power. Ian also formed the band Serpent Power with former Zutons member Paul Molloy. In late 2014, the band announced that they'd be issuing The Curse of Love, an album that had been recorded in 2006 between The Invisible Invasion and Roots u0026 Echoes, but never released. It came out on Skeleton Key in late 2014. The band soon decided to re-form with Molloy on guitar and began working on their eighth album, Distance Inbetween with co-producer Richard Turvey. It was released by Ignition Records in March of 2016.nn The Coral returned two years later with their ninth studio album. Move Through the Dawn was produced by the band and Rich Turvey (Blossoms, Cabbage, Clean Cut Kid), and was recorded at Liverpool's Parr Street Studios. The band put out "Sweet Release" as the lead single and embarked on a tour with the Manic Street Preachers in support of the album. ~ Timothy Monger 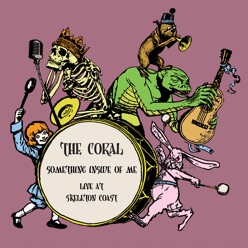 Something Inside of Me (Live at Skeleton Coast) - Single
2019 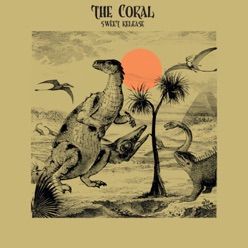 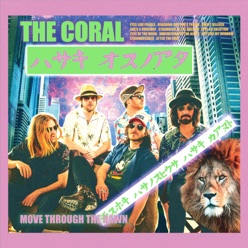