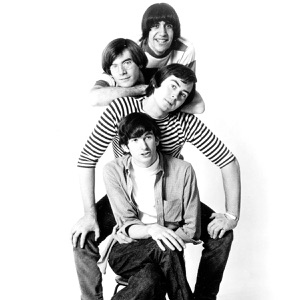 ORIGEN
New York, NY
FORMACIÓN
1965
Acerca de The Lovin' Spoonful
Right on the tails of the Beau Brummels and the Byrds, the Lovin' Spoonful were among the first American groups to challenge the domination of the British Invasion bands in the mid-'60s. Between mid-1965 and the end of 1967, the group was astonishingly successful, issuing one classic hit single after another, including "Do You Believe in Magic?," "You Didn't Have to Be So Nice," "Daydream," "Summer in the City," "Rain on the Roof," "Nashville Cats," and "Six O'Clock."nnLike most of the folk-rockers, the Lovin' Spoonful were more pop and rock than folk, which didn't detract from their music at all. Much more than the Byrds, and even more than the Mamas u0026 the Papas, the Spoonful exhibited a brand of unabashedly melodic, cheery, and good-time music, though their best single, "Summer in the City," was uncharacteristically riff-driven and hard-driving. More influenced by blues and jug bands than other folk-rock acts, their albums were spotty and their covers at times downright weak. As glorious as their singles were, they lacked the depth and innovation of the Byrds, their chief competitors for the crown of best folk-rock band, and their legacy hasn't been canonized with nearly as much reverence as their West Coast counterparts.nnLeader and principal songwriter John Sebastian was a young veteran of the Greenwich Village folk scene when he formed the band in 1965 with Zal Yanovsky, who'd already played primitive folk-rock of a sort with future members of the Mamas u0026 the Papas in the Mugwumps. Sebastian already had some recording experience under his belt, playing harmonica (his father was a virtuoso classical harmonica player) on sessions by folkies like Tom Rush and Fred Neil. The Spoonful were rounded out by Steve Boone on bass and Joe Butler on drums. After some tentative interest from Phil Spector (who considered producing them), they ended up signing with Kama Sutra. Sebastian's autoharp (which would also decorate several subsequent tracks) helped propel "Do You Believe in Magic?" into the Top Ten in late 1965.nnThe Lovin' Spoonful were torn asunder by a drug bust in 1967. Boone and Yanovsky were arrested in California for marijuana possession, and evidently got out of trouble by turning in their source. This didn't sit well with the burgeoning counterculture, which called for a boycott of Spoonful product, although the effect on their sales may have been overestimated; most of the people who bought Spoonful records were average teenage Americans, not hippies. Yanovsky left the band in mid-1967, to be replaced by Jerry Yester, former producer of the Association.nnThe band had a few more mild hits, but couldn't survive the loss of John Sebastian, who effectively closed the chapter by leaving in 1968, although the group straggled on briefly under the helm of Butler. Sebastian went on to moderate success as a singer/songwriter in the 1970s. Live at the Hotel Seville, the first new Lovin' Spoonful album in three decades, was released in 1999. ~ Richie Unterberger 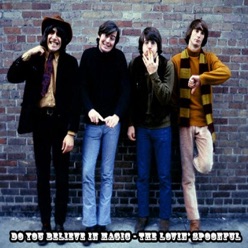 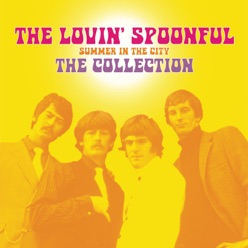 Summer In the City - The Collection
2013 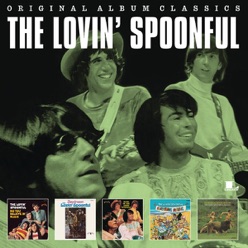