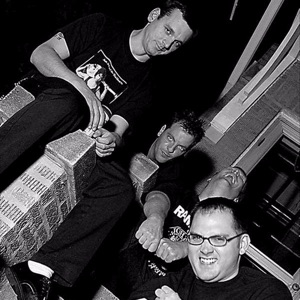 ORIGEN
Chicago, IL
FORMACIÓN
1993
Acerca de The Methadones
A good band name always gives the potential listener some idea what sort of music to expect. (Bad band names are ones that mess with those expectations: a certain artsy-jangly guitar pop band of the early '90s would have been much more successful had they not been called Vomit Launch, which sounds like the name of a scabrous hardcore act.) Chicago-based pop-punk band the Methadones is an excellent case in point: methadone -- not to be confused with methamphetamine, aka crystal meth -- being the drug prescribed to recovering heroin addicts who are attempting to get clean through a rehab-type regimen, the listener immediately expects world-weary, sadder but wiser punk rock, perhaps with a rootsy edge, not unlike the best of Social Distortion or X. The Methadones deliver in full on that promise, but also add a bubblegummy power pop side to their music that makes them equally attractive to fans of the post-Green Day cadres of mall punk bands. The Methadones come by their pop influences honestly: after the breakup of his late-'80s hardcore act Sludgeworth, leader Dan Schafer (usually going under the name Danny Vapid) spent a number of years playing both bass and guitar and co-writing songs in pop-punk forefathers Screeching Weasel, as well as that band's side project, the Riverdales. His original sidemen were fellow veterans of the pop-punk scene centered around the Lookout! Records label: bassist B-Face was also in the Queers and the Groovie Ghoulies, and drummer Dan Lumley played for Squirtgun and various other acts. With the addition of fellow Screeching Weasel guitarist John Jughead, the trio originally coalesced under the name the Mopes, under which they recorded the 1998 EP Low Down Two-Bit Sidewinder! and the 1999 album Accident Waiting to Happen.nnWith the breakup of Screeching Weasel in 2001, Schafer reorganized the Mopes into a full-time proposition called the Methadones (a band name he had occasionally played live under in the early '90s but never used for recording), losing Jughead in the process. The slimmed-down trio's debut album, Ill at Ease, was released in September of that year, but with B-Face and Lumley based in Boston and Lafayette, IN, respectively, Schafer decided to create a new Chicago-based lineup. Former Vindictives guitarist Mike Byrne, bassist Pete Mittler, and drummer Mike Soucy formed the lineup for the Methadones' second full-length, 2003's rough-and-tumble Career Objective.nnReleased in 2004, Not Economically Viable was, Schafer claimed, a concept album inspired by the tense, violent Michael Douglas film Falling Down; it also marked a right turn into more overtly poppy tunes, featuring backing vocals from Amelia Fletcher (of British twee pop legends Talulah Gosh and Heavenly) and a closing track called "Straight Up Pop Song." The aptly titled 21st Century Power Pop Riot from 2006 is an all-covers album devoted to Schafer's unapologetic love for the first wave of punk and new wave, featuring respectful covers of tunes by Elvis Costello, Joe Jackson, the Records, Nick Lowe, the Jags, and Cheap Trick. ~ Stewart Mason 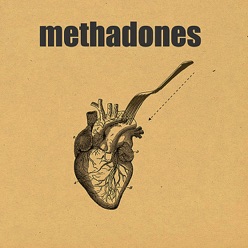 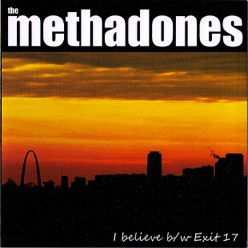 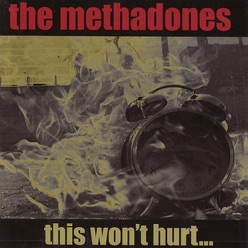