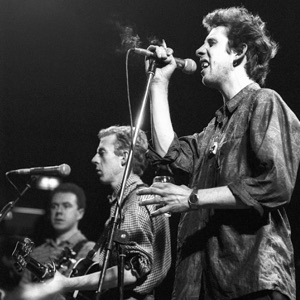 ORIGEN
Kings Cross, London, England
FORMACIÓN
1982
Acerca de The Pogues
By demonstrating that the spirit of punk could live in traditional Irish folk music, the Pogues were one of the most radical bands of the mid-'80s. Led by Shane MacGowan, whose slurred, incomprehensible voice often disguised the sheer poetry of his songs, the Pogues were undeniably political -- not only were many of their songs explicitly in favor of working-class liberalism, but the wild, careening sound of their punk-injected folk was implicitly radical. While the band was clearly radical, they also had a wickedly warped sense of humor, which was abundantly clear on their biggest hit, the fractured Christmas carol "Fairy Tale of New York." The group's first three albums -- Red Roses for Me, Rum Sodomy u0026 the Lash, If I Should Fall from Grace with God -- were widely praised in both Britain and America, and by 1988 they had earned substantial cult followings in both countries. Yet MacGowan's darkly romantic, wasted lifestyle, which was so key to their spirit and success, ultimately proved to be their downfall. By the end of the decade, he had fallen deep into alcoholism and drug addiction, forcing the band to fire him if they wanted to survive. The Pogues carried on without him in the early '90s, playing to a slowly shrinking audience before finally disbanding in 1996.nnMacGowan, an Irish punk inspired by the Clash, formed the Pogues in 1982 after playing with the London-based punk band the Nipple Erectors, a group that was later called the Nips. MacGowan met Spider Stacy in a London tube station, where Stacy was playing a tin whistle. The two began working together, drafting former Nip Jim Fearnley to play guitar. Naming themselves Pogue Mahone -- a Gaelic term meaning "kiss my ass" -- the trio began playing traditional Irish tunes in London pubs and streets, eventually adding Jem Finer (banjo, guitar), Andrew David Ranken (drums), and Cait O'Riordan (bass) to make it a full band. As the group developed into a sextet, they added MacGowan's original songs to their repertoire, and began earning a reputation as a wild, drunken, and exciting live act. Shortening their name to the Pogues, the group released an independent single, "Dark Streets of London," in early 1984 and supported the Clash on their summer tour. By the fall, they had signed with Stiff Records and had released their acclaimed debut Red Roses for Me. The album was a critical hit, establishing the Pogues as one of the most vital, and certainly one of the most political, bands in Britain. Early in 1985, they added guitarist Philip Chevron and recorded Rum Sodomy u0026 the Lash with producer Elvis Costello. The album was an underground success and was widely praised, especially for MacGowan's songwriting -- not only in the U.K., but also in the U.S., where they were becoming college radio staples. Instead of following Rum Sodomy u0026 the Lash with a new album, the Pogues took nearly a full-year hiatus from recording, releasing the Poguetry in Motion EP in 1986 and appearing in Alex Cox's film Straight to Hell in 1987. By 1988, O'Riordan had left the band to marry Costello, and she was replaced by Darryl Hunt; banjoist Terry Woods was also added to the band. Early in 1988, they signed to Island Records and released the Steve Lillywhite-produced If I Should Fall from Grace with God later that year. The album became the group's biggest hit, generating the number two U.K. single "Fairytale of New York," which featured vocalist Kirsty MacColl.nnAlthough the Pogues were peaking in popularity, MacGowan's relentless drug and alcohol abuse was beginning to cripple the band. Although neither the 1989 hit single "Yeah Yeah Yeah Yeah Yeah" or Peace u0026 Love (also 1989) were noticeably affected by his excesses, MacGowan missed the Pogues' prestigious opening dates in 1988 for Bob Dylan and stalked the stage like a madman during a pivotal Saturday Night Live performance. By 1990's Hell's Ditch, Spider Stacy and Jem Finer began singing the bulk of the Pogues' material. Despite positive reviews, Hell's Ditch was a flop, and the group wasn't able to support the record because of MacGowan's behavior. Consequently, he was asked to leave the band in 1991; three years later, he returned with a new band, the Popes. For subsequent tours, the Clash's Joe Strummer filled in as lead vocalist, but by the time the band recorded their comeback, Waiting for Herb, in 1993, Stacy had become the permanent vocalist. Waiting for Herb was kindly reviewed, yet was also ignored, as was 1995's Pogue Mahone. The following year, the Pogues announced they were disbanding after 14 years in the business. They stayed dormant for the rest of the '90s while MacGowan's work with the Popes slowly came to an end and other members sought their own creative avenues. In 2001, the group made amends with MacGowan and reunited for a short British tour. This goodwill carried through the next decade as the group continued to play short international tours and make one-off appearances eventually releasing a box set of rarities (Just Look Them Straight in the Eye and Say....POGUE MAHONE!!) in 2008 and a live album (The Pogues in Paris: 30th Anniversary Concert) in 2012. Just prior to the release of their career-spanning 30 Years box set in 2013, the group's longtime guitarist Philip Chevron passed away from esophageal cancer. Chevron was the author of one of the Pogues' most revered songs, "Thousands Are Sailing," and had become a sort of unofficial spokesperson for the band in its later period.nn~ Stephen Thomas Erlewine 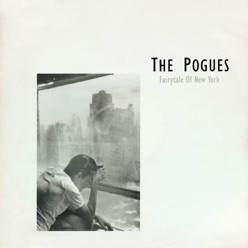 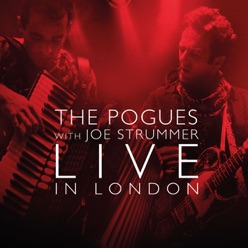 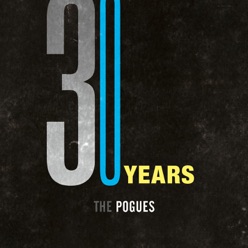