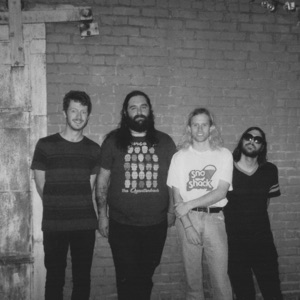 Acerca de The Sidekicks
From the fiery punk of early albums like So Long, Soggy Dog (2007) and Weight of Air (2009) to the more expansive pop influences heard on their Phil Ek-produced fourth album, Runners in the Nerved World (2015), Midwestern indie quartet the Sidekicks have shown a remarkable resilience and willingness to evolve with each subsequent release. Led by frontman Steve Ciolek, the Sidekicks grew organically from their Cleveland roots, first becoming a staple of the Red Scare roster and then, as their sound expanded and they headed south to Columbus, joining up with legendary punk imprint Epitaph Records in the mid-2010s.nnThe Sidekicks first came together in suburban Cleveland, getting their start in 2003 as high-school students who loved the usual punk suspects like Bad Religion, NOFX, and Rancid. It wasn't long after forming that Ciolek (vocals/guitar), Matt Climer (drums), Brandon "Petey" Petrick (guitar), and Josh Henry (bass) fell into the area's D.I.Y. punk community and began nurturing their sound and fan base in community centers and basements with like-minded bands, instead of going unnoticed on overcrowded club bills. Climer also held shows at his place, dubbed the Soggy Dog House, and their profile steadily grew. The Sidekicks recorded a few demos and EPs before issuing their first full-length of pop-punk, So Long, Soggy Dog, through Red Scare Industries in late 2007. The four-song 7" Sam appeared the following year on Whoa Oh Records. In September 2009, the Sidekicks' second album, Weight of Air, was released, once again through Red Scare, and it showed the band expanding its sound a bit more by delving into various indie punk influences; the album featured new guitarist Matt Schuermann as well (also of No Target Audience and American War).nn By 2012, the Sidekicks relocated to Columbus, Ohio and were stylistically evolving, as pop and indie rock influences began making themselves heard on the album Awkward Breeds. The album also introduced a new Sidekicks lineup, with Josh Henry out and Ryan Starinsky in on bass. To the surprise of many fans, the Sidekicks signed a new record deal with Epitaph Records in 2014, and in January 2015 they dropped their first album for the label, Runners in the Nerved World, which was produced by Phil Ek (Fleet Foxes, Band of Horses). The Sidekicks recorded the new LP as a quartet, but by the time the album was released, the group became a trio with the departure of guitarist Matt Schuermann (Toby Reif would later take up guitar duties). The Sidekicks toured behind Runners for nearly two years before returning to the studio to record their follow-up, Happiness Hours. Produced by John Agnello (Sonic Youth, Dinosaur Jr., Kurt Vile) and released in April 2018, the album featured some of the band's warmest, most melodic songs to date. ~ Corey Apar 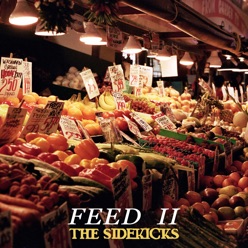 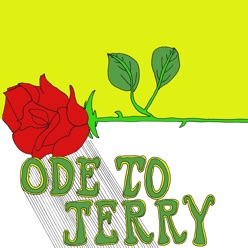 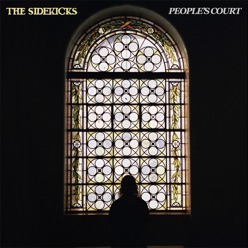