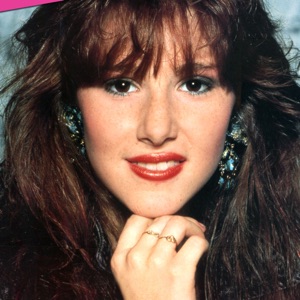 CIUDAD NATAL
Norwalk, CA
NACIMIENTO
2 de octubre de 1971
Acerca de Tiffany
In addition to scoring several big bubblegum pop hits in the late '80s, teen queen Tiffany also helped pave the way for the decade's ultimate (and most successful) teenybopper band, the New Kids on the Block. Born Tiffany Renee Darwish on October 2, 1971, in Oklahoma, Tiffany began singing at an early age, but it wasn't the light pop style that she would eventually become known for. The young singer started off performing country u0026 western songs, eventually getting discovered by country music veterans Hoyt and Mae Axton during the early '80s, while performing at a country nightclub in Los Angeles. For the next few years, Tiffany appeared on TV (including an appearance on Ed McMahon's Star Search), continued to perform concerts (including opening a show for Jerry Lee Lewis and George Jones in Texas), and recorded several demos, in hope of landing a recording contract. In early 1986, Tiffany signed on with manager George Tobin, which would lead to problems later when it became known in that Tobin had "absolute control" over her career (since she was a minor at the time, Tiffany's mother signed for her, and later regretted having a divorce lawyer examine the papers instead of an entertainment lawyer). But Tobin did get the still-teenaged singer a recording contract with MCA, which issued Tiffany's self-titled debut in early 1987.nn The album was promoted initially by a concert tour of U.S. malls, but it wasn't until later in the year that the album began to catch on with the young pop audience, when MTV and radio latched on to a cover of "I Think We're Alone Now," which soon pushed the album to the number one spot on the Billboard album charts (and in less than year, was certified quadruple platinum). A follow-up single, "Could've Been," proved to be just as successful, as it peaked at the top spot of the Billboard singles chart. But despite Tiffany's runaway success, this period proved to be troubling personally, as her mother filed a missing person's report for the singer, while Tiffany in return filed for legal emancipation (although Tiffany's mother claimed to be concerned about Tobin's "exploitative treatment" of Tiffany, Tiffany decided to stand by Tobin's side). A cover of the Beatles' "I Saw Her Standing There" (reworked as "I Saw Him Standing There") proved to be Tiffany's last major hit, peaking at number seven in the spring of 1988, as the singer gave the opening spot on a U.S. tour to a then-unknown teeny band, the New Kids on the Block (supposedly after the group auditioned for Tiffany backstage one night prior to a show).nn Tiffany's sophomore effort, 1988's Hold an Old Friend's Hand, was another hit (earning platinum certification), but didn't match the success of its predecessor, as it signaled that her audience was shifting their focus to other similarly styled bands (namely the New Kids on the Block). When her third release, New Inside, sunk from sight almost immediately after its release in 1990, it was clear that Tiffany's 15 minutes were up, as she faded from the public's view. Despite her much lower profile, Tiffany continued to issue albums on a sporadic basis, including 1993's Dreams Never Die, 2000's The Color of Silence, and 2007's Just Me (while a collection, Greatest Hits, was released in 1996). Tiffany's public profile increased slightly around the dawn of the 21st century, as the singer was the subject of an episode of VH1's Behind the Music series (in which she disclosed a reconciliation with her mother) and, probably biggest of all, she posed for a 2002 issue of Playboy magazine. ~ Greg Prato 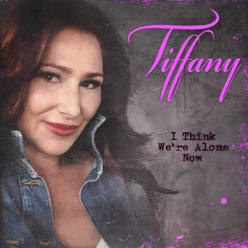 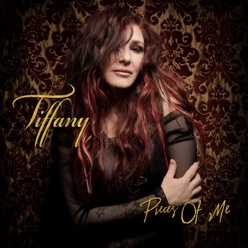 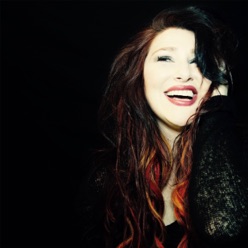