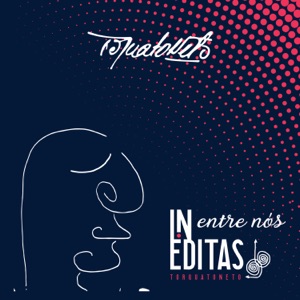 Acerca de Torquato Neto
Polemical and restless, the poet and writer Torquato Neto was an important asset for the idealization of the Tropicalia movement, which dramatically changed the face of popular music in Brazil. A renowned poet, he wrote the lyrics to some of the most important songs of that period, together with such names as Caetano Veloso and Gilberto Gil. Neto also wrote scripts for TV shows which promoted and solidified the status of Tropicalia as a polemical and defiant movement.nn Beginning at an early age, Neto was fond of cinema and writing, filling whole notebooks with poetry and reflections. In 1960, at 15, Neto was expelled from his school due to political proselytism. His parents sent him to Colégio Nossa Senhora da Vitória, in Salvador, at the same time when Gilberto Gil was graduating from the same school. After he had the chance to meet other musicians, he moved to Rio, in 1963, to study journalism. Soon he was employed as editor of the Correio da Manhã. His father, an attorney general, sent him a monthly allowance, so he never had financial problems. That way, he had time to write lyrics. In 1965, he began to write his first ones, at the same time that his partnerships with Gil and Caetano began. He never tried to sing, as he always had a bad intonation. When he spent some weeks in São Paulo, in 1966, he started to write copiously to Gil's instrumentations, and their association took shape. At that time, Gil's wife Belina was in Salvador, about to give birth to their daughter Nara, a circumstance which made it possible for Neto to stay at Gil's home when in São Paulo. In March of that year, Elis Regina, already an established singer, knew Gil and expressed her interest in recording his "Louvação" (with lyrics by Neto). At the I FIC, in Rio (1966), Gal Costa performed "Minha Senhora" (by Gilberto Gil and Torquato Neto). On the album Domingo (1967) from Caetano and Gal Costa, were included "Minha Senhora" and "Zabelê," both from the duo of Gil/Neto. Gil's first album, Louvação, contained three of Neto's lyrics: "Louvação," "A Rua" (music by Gil), and "Rancho da Rosa Encarnada" (with Geraldo Vandré). Neto also wrote the liner notes for that album. A show opened by Gil in 1967 in Pernambuco had the same title of a recent partnership with Neto: "Vento de Maio." In July of that year, Neto and Caetano wrote the script for the TV Record show Frente Única, for a cast composed of Geraldo Vandré, Chico Buarque, Maria Bethânia, Nara Leão, Elis Regina, Jair Rodrigues, Wilson Simonal, Marília Medalha, Elizeth Cardoso, Toquinho, Zimbo Trio, and MPB-4. In September of that year, Neto took charge of the music column of a newly created tabloid, O Sol, an alternative project sponsored by Rio's newspaper Jornal dos Sports, which was directed by Dedé Gadelha, Caetano's future wife. The innovative and unprejudiced editorial content of the tabloid included work by such talents as Nelson Rodrigues, Henfil, Mister Eco, and Fernando Lobo. Going out of business in 1968 after a short run, O Sol opened the way for important alternative tabloids, such as the influental O Pasquim and Opinião.nn Gil included on his album Gilberto Gil (Philips, 1968) two collaborations with Neto: "Marginália II" and "Domingou." In February 1968, Neto defended and explained the new Tropicalia movement, writing an article for a São Paulo newspaper (where he had just moved to) entitled "Tropicalismo Para os Principiantes." The influental album Tropicália ou Panis et Circensis had two songs with lyrics by Neto: "Geléia Geral" (with Gil) and "Mamãe, Coragem" (with Caetano). In June 1968, Neto wrote, together with Capinam, the script for the first Tropicalia TV special (on TV Globo), directed by Zé Celso Martinez Corrêa. In October of that year, he appeared in the Tropicalia series on TV Tupi Divino, Maravilhoso, together with Gil, Caetano, Os Mutantes, Tom Zé, Nara Leão, and others. Soon after, he wrote (together with Capinam) the script for the TV show Vida, Paixão e Banana do Tropicalismo, which was aborted. The first solo LP by Caetano, released in 1969, brought "A Coisa Mais Linda Que Existe," from the duo of Gil and Neto. Soon after the decree of the AI-5, Neto left the Tropicalistas and went to Europe with Hélio Oiticica, spending some months there. When he returned, he approached the movie directors Júlio Bressane, Rogério Sganzerla, and Ivan Cardoso, who were openly against the Cinema Novo. In 1971, Neto was the protagonist in a short film by Cardoso, Nosferatu No Brasil. Fighting against censorship, Neto wrote fierce articles in his column "Geléia Geral" at the Carioca newspaper Última Hora. There, he denounced the mobs which controlled the collecting of author rights in Brazil. Challenged by him, the composer Ataulfo Alves responded with the samba "Não Cole Cartaz em Mim." Also provoked was Gláuber Rocha and the other proponents of the Cinema Novo. In 1972, depressed after the separation from his wife, Torquato Neto committed suicide at the age of 28. ~ Alvaro Neder