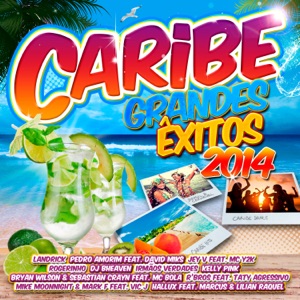 Acerca de Axé Bahia
A dance-pop group who act as a Spanish language counterpart to the Vengaboys or S Club 7, Axe Bahia first formed in the Brazilian resort town Porto Seguro. Dancers Flaviana and Jociney were fans of the "Axe" music scene (dance music often associated with aerobics) and decided to work on an act that incorporated the music they loved along with dancing. Dancer Jeferson soon joined the group, along with three others who would eventually leave. Chilean industrialist Rolando Devia had been making frequent trips to Brazil in hopes of bringing back the Axe sound to Chile, and asked the young group to return with him in 2001. While in Chile, dancers Francini and Bruno were added and the band started working on writing songs and choreography. Singles like "Tudo Bem," and "Beso en la Boca," climbed the charts in Peru, Brazil, and Argentina, and the band's debut album appeared in 2003. ~ David Jeffries