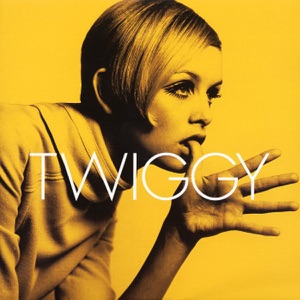 CIUDAD NATAL
London, England
NACIMIENTO
19 de septiembre de 1949
Acerca de Twiggy
Years before the word "supermodel" was in common use, Twiggy was one of the first women to achieve international stardom for her work as a fashion model, and her slim figure and gamine beauty sparked a new trend in modeling that is still in vogue today. Twiggy was also one of the first well-known models to enter into a career in show business, and has made a name for herself as an actress and recording artist. Twiggy was born Leslie Hornby in North London on September 19, 1949, the youngest of three daughters born to William and Helen Hornby. While Leslie grew up with an interest in clothing (her mother taught her to sew at a young age), her career in modeling was launched by happenstance when, at the age of 16, she treated herself to a new hairstyle at the House of Leonard, an exclusive hair salon in Mayfair. After Leslie had her brown hair dyed blonde and was given a fashionably short new cut, one of the shop's stylists suggested she would be a good choice to model in an upcoming ad for the salon. Photographer Barry Lategan took some shots of Hornby for the salon that caught the attention of Deidre McSharry, a noted fashion journalist, and a few weeks later, McSharry ran a story about Hornby for the British tabloid the Daily Express that declared her "the Face of '66." Adopting the professional name Twiggy (taken from her childhood nickname "Twigs"), Hornby quickly became one of the most sought-after models in Europe, appearing in Vogue only weeks after McSharry's story was published, and fame in America and Japan soon followed. Twiggy's big blue eyes, rimmed with long black lashes, and androgynous figure created a unique look that came to define the London fashion scene in the Swinging Sixties. In 1970, Twiggy retired from modeling, and Ken Russell cast her in the starring role of his campy homage to musicals of the 1920s and 30s, The Girl Friend. Released in 1971, The Girl Friend found Twiggy not just acting but singing and dancing as well, and while the film was a disappointment at the box office, for the most part critics were kind to Twiggy's work in the film. Three of Twiggy's songs from the soundtrack album ("I Could Be Happy with You," "A Room in Bloomsbury," and "You Are My Lucky Star") were released as singles, and later in 1971 she cut a one-off single for Bell Records, "Zoo Dee Zoo Zong" b/w "Little Pleasure Acre." In 1974, Twiggy became the star of her own musical variety series on BBC television, and after the show was renewed for a second season, she signed an international recording contract with Phonogram, and her self-titled debut album, dominated by country-styled material, was released by Mercury Records in 1976. The album was a commercial success in the U.K., and a follow-up, Please Get My Name Right, was released in 1977. (Twiggy's backing band for the sessions was an American group named Clover, who would also back up Elvis Costello on his debut album My Aim Is True.) A third album for Mercury was recorded but not released, though a single from the sessions, "Tomorrow Is Another Day," was issued in late 1977. After cutting a single with longtime friend David Essex in 1978 and making an appearance on the soundtrack to the children's series Captain Beaky and his Band, Twiggy recorded a disco album with production help from Donna Summer and Juergen Koppers, but with disco losing ground in the marketplace, the album went unreleased until 2007 when it was issued as Heaven in My Eyes. Through much of the 1980s, Twiggy focused on her acting, appearing in the films The Blues Brothers, Club Paradise, Madame Sousatzka, and There Goes the Bride, and portraying Eliza Dolittle in a British television adaptation of Pygmalion, as well as co-starring in the series Young Charlie Chaplin, which aired as part of the children's program Wonderworks. In 1983, Twiggy made her Broadway debut in a production of My One and Only, in which she co-starred with Tommy Tune (who had made an early screen appearance in The Boy Friend). The show was a critical and popular success, earning Twiggy a Tony nomination, and Atlantic Records released an original cast album. After establishing herself on the musical stage in England and the United States, in 1996 Twiggy returned to the recording studio to record London Pride: Songs from the London Stage, a collection of classic tunes from British stage musicals. In 1998, she teamed up with Marilyn Manson guitarist Twiggy Ramirez to record a cover of the Dusty Springfield hit "I Only Want to Be with You" for the screen comedy Dead Man on Campus, though the two Twiggys have yet to collaborate again, with Hornby soon devoting her attention to a chat show for British TV, Twiggy's People. Twiggy returned to the stage to star in the musical If Love Were All in 1999, in which she played the legendary Gertrude Lawrence; Varese Sarabande released an original cast album that same year. In 2005, Twiggy became a judge on the popular reality show America's Next Top Model, and she resumed her career as a model, becoming the public face of the British department store chain Marks u0026 Spencer. Twiggy has also launched her own lines of clothing and bed linens, and in 2011 she returned to the recording studio to produce the album Romantically Yours, which included guest appearances by Bryan Adams, Richard Marx, and Carly Lawson, Twiggy's daughter. ~ Mark Deming 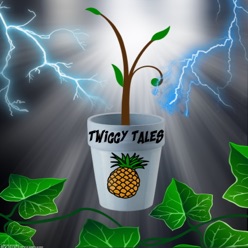 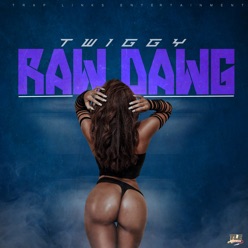 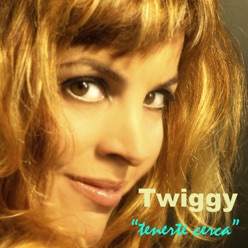