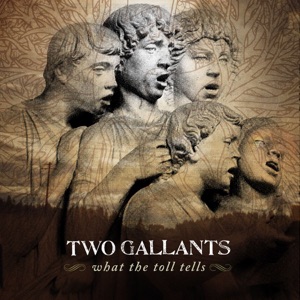 ORIGEN
San Francisco, CA
FORMACIÓN
2002
Acerca de Two Gallants
Simplicity is key for the lo-fi blend of folk/indie rock from San Francisco duo Two Gallants. Taking their name from a James Joyce short story, Adam Stephens (vocals/guitar/harmonica) and Tyson Vogel (drums/vocals) have been playing together as Two Gallants since 2002, sounding more like a dirty Southern folk act than their Bay Area origins may initially suggest. They released their debut, The Throes, in 2004 on Alive Records and followed up two years later with What the Toll Tells on Saddle Creek. In June 2007, the Gallants prepped their audience for their upcoming self-titled full-length (issued in September) with a five-song EP, The Scenery of Farewell. The EP was their first release since an October 2006 incident at a Houston club in which police attempted to stop a Two Gallants show to issue a noise complaint, ending in a scuffle and two patrons being tasered. The altercation led to Vogel spending a night in jail and a small uprising in the indie music community after stories about the incident went viral. The group's fourth studio album, The Bloom and the Blight, was produced by John Congleton (St. Vincent, Explosions in the Sky) and released in 2012; it was the duo's first album for ATO Records. Following a heavy schedule of touring throughout 2013, the duo eventually returned to the recording studio, where they worked with Karl Derfler (Tom Waits, Smash Mouth) on their fifth album. They headed to Panoramic House studios in California and spent a month in 2014 recording We Are Undone, which was released on February 3, 2015. ~ Corey Apar 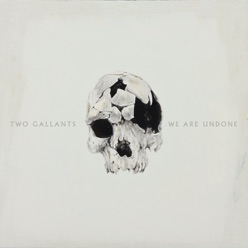 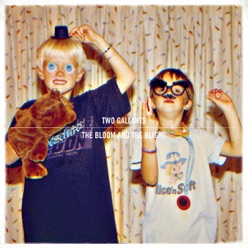 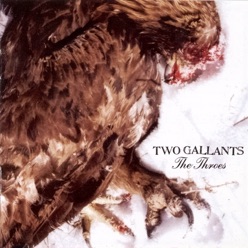