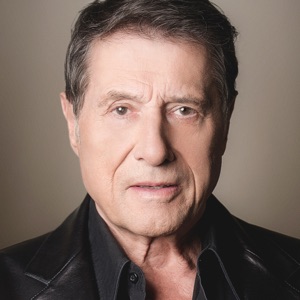 CIUDAD NATAL
Klagenfurt, Austria
NACIMIENTO
30 de septiembre de 1934
Acerca de Udo Jürgens
Austrian vocalist Udo Jürgens is best known as the winner of the 1966 Eurovision Song Contest. But a career that spans over four decades has established him as one of the European mainland's most popular performers; his combined international sales exceed over 100 million units. Jürgens was born on September 30, 1934, in Klagenfurt, Austria. He was just 16 when he won an Austrian radio songwriting competition with "Je T'Aime." His success built from there over the next decade and, in 1961, he scored his first international hit when his composition "Reach for the Stars" was recorded by Shirley Bassey. Three years later, Matt Monro was similarly successful with Jürgens' "Walk Away" -- a song that the Englishman first encountered at the 1964 Eurovision Song Contest, where Jürgens, representing Austria, performed it in its original language as "Warum Nur Waru." Jürgens finished fifth in the 1964 Eurovision event; the following year he finished fourth with "Sag Ihr, Ich Lass Sie Grüben." The third time proved the charm: he sang "Merci Chérie" to glory in 1966. (English singer Vince Hill promptly scored a U.K. hit with an English-language version of the song.) Since that time, Jürgens' European success continued unabated, with a string of hit singles and smash LPs including such titles as Siebzehn Jahr, Blondes Haar (1965) , Was Ich Dir Sagen Will (1967), Mein Lied für Dich (1968), Zeig Mir Den Platz an der Sonne (1971), Ich Bin Wieder Da (1972), Nur ein Lächeln (1980), Willkommen in Meinem Leben (1981), Das Blaue Album (1988), and Gestern-Heute-Morgen (1996). He also composed many of Germany's best-loved pop songs. "Griechischer Wein" is a special evergreen, while "Aber Bitte Mit Sahne" earned a heavy metal cover from the band Sodom. Meanwhile, 1978 saw him achieve one of his biggest-ever hits when he teamed with the German World Cup soccer squad to record "Buenos Días, Argentina" -- they then recorded a full album together, also titled Buenos Días, Argentina, while Jürgens returned to the World Cup in 1990 with the album Sempre Roma. One of his best-known songs, however, was "Mit 66 Jahren" ("Life Begins at 66"). And, no less than when Beatle Paul McCartney hit his 64th birthday and was bombarded with newspaper articles referencing "When I'm 64," so Jürgens was similarly besieged when he hit 66 in the year 2000. While his output slowed during the noughties -- compared to his work throughout the earlier decades of his career -- he continued to release albums including 2003's Es Werde Licht, 2005's Jetzt Oder Nie, and 2011's Der Ganz Normale Wahnsinn, which saw him joined by an ensemble of over 100 musicians. ~ Dave Thompson 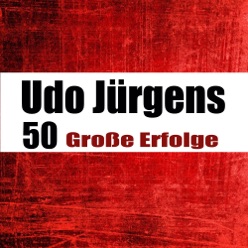 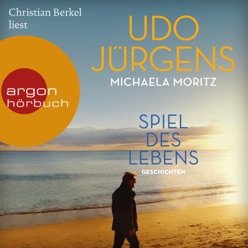 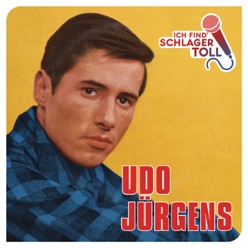