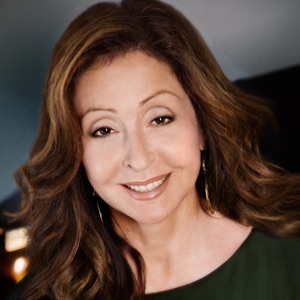 CIUDAD NATAL
Corfu, Greece
NACIMIENTO
23 de agosto de 1952
Acerca de Vicky Leandros
The winner of the 1972 Eurovision Song Contest, where she became the latest in a long line of foreign vocalists to represent the tiny principality of Luxembourg, Vicky Leandros was born in Palaiokastritsa, on the Greek island of Corfu, on August 23, 1952, the daughter of composer Leandros Papathanasiou. Her birth name was Vassiliki Papathanasiou, which became Vicky after her parents moved to Germany in the late '50s. Leandros was 13 when she released her first single, "Messer, Gabel, Schere, Licht," in 1965. A hit around northern Europe, it led to her being invited to represent Luxembourg at the 1967 Eurovision Song Contest. She finished fourth with "L'Amour Est Bleu," a vocal version of the famed instrumental "Love Is Blue," but the record went on to become a major hit across Europe and, with her father now acting as her manager (and, oftentimes, songwriter), Leandros' career went into overdrive.nn Released under the singular name of Vicky, follow-up singles were recorded in up to eight different languages in order to maximize their exposure across Europe, a ploy that saw Leandros become one of the first truly pan-European superstars. Her German television series Ich Bien was broadcast in 13 countries (and won third place at the annual Montreux Television Awards in 1971), while her fame spread further afield, establishing her in Japan, South Africa, the Middle East, and Canada as well. Indeed, her Japanese sales record was, for many years, second to none, with hits like "Watashi No Sukina Chocolate" (I Like Chocolate) and covers of "My Sweet Lord" and "You Don't Have to Say You Love Me" all establishing new records. She had now added the Leandros surname to her stage name, and in 1972, her fame reached the U.K. as "Apres Toi" -- released in Britain as "Come What May" -- won Eurovision, and then swept to number two on the U.K. chart. She would later star in her own BBC television series, Music My Way, and though subsequent continental smashes ("Ich Hab' die Liebe Geseh'n," "When Bouzoukis Played," and "Theo Wir Fahr'n Nach Lodz" among them) were less successful, she retained a high profile in that country. Attempts to break into the American market were less successful, however, despite her U.S. debut LP, the country-rock Across the Water, receiving excellent reviews, and a well-publicized studio liaison with Kim Fowley.nn Leandros slowed the pace somewhat in the late '70s, and many observers felt her star was now in decline. But albums continued to appear regularly, including 1979's Wie Am Allerersten Tag and 1981's Love Is Alive, which saw her performing duets with Demis Roussos, Johnny Hallyday, and American actor/singer David Soul, and it swiftly became clear that the lull was no more than that. During 1982-1983, singles "Verlorenes Paradies" and "Ver Van Het Leven" ranked among the best-selling releases in Benelux. A French-language version of the latter, "A l'Est d'Eden," reached number two in France and also reignited Leandros' career in Canada, where 1985's Vicky album spun off no less than three major hits. In 1986, Leandros announced her intention to take some time off to raise her family; she returned to action in 1989 with the Greek album Piretos Tou Erota, and over the next few years she worked hard to reestablish herself once again; hits included 1991's "Prosexe," 1993's "Andres," 1994's "Du Bist Mein Schoenster Gedanke," and 1995's "We're Gonna Stay Together," a duet with singer Tony Christie. She also racked up a massive success with a German-language version of "My Heart Will Go On," from the Titanic movie. Leandros has remained a major force throughout the 2000s; her releases include the self-produced Jetz album (which featured a duet with Chris de Burgh), and Tragoudi Alliotiko, recorded with songwriter Mikis Theodorakis. She also returned to Eurovision, performing her latest hit, "Don't Break My Heart," at the 2006 national finals. Unfortunately, the song was not ultimately selected to go on to the international event. ~ Dave Thompson 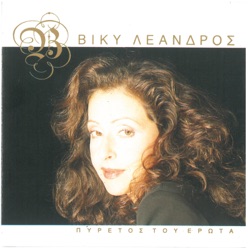 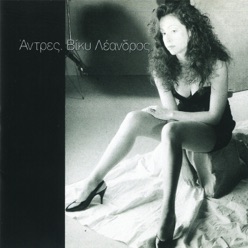 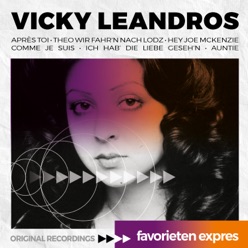