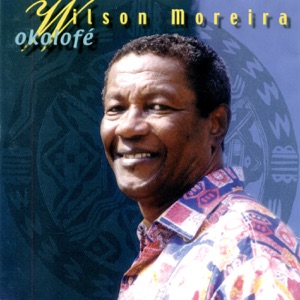 Acerca de Wilson Moreira
One of the most important samba composers alive, Wilson Moreira's partnership with Nei Lopes proved to be one of the most creative of the history of samba with gems like the Clara Nunes' hit "Coisa da Antiga," "Goiabada Cascão," "Gostoso Veneno" (recorded by Alcione in 1978 on her eponymous LP, later transformed into the theme of a nationwide TV Globo soap opera), and "Senhora Liberdade" (which became an anthem in the campaign for the direct vote after the end of the military dictatorship in 1989). They also recorded two fundamental samba albums, A Arte Negra de Wilson Moreira e Nei Lopes and O Partido Muito Alto de Wilson Moreira e Nei Lopes. Moreira also had other songs recorded by Clara Nunes ("Mulata do Balaio" and "Deixa Clarear," both with Lopes), Beth Carvalho ("Morrendo de Saudade" with Lopes, "Peso na Balança"), Zeca Pagodinho ("Judia de Mim," "Quintal do Céu," "Alô Gatinha," "Canção da Esperança"), Jovelina Pérola Negra ("Banho de Felicidade" with Adalto Magalha), Alcione ("Mironga do Mato," with Lopes), Quarteto em Branco e Preto ("Quero Viver em Teus Braços" with Nelson Cavaquinho), Dorina ("Oloan," "Me Alucina" with Candeia).nnBorn to a family that celebrated the jongo and the caxambu (black folkloric musics and dances), Moreira frequented the samba schools of the Realengo borough (Rio de Janeiro), where he lived since he was a teenager. A tamborim player at the Água Branca samba school, he took the surdo when it merged with Mocidade Independente de Padre Miguel. In this samba school, he also became a passista (stylistic dancer) and founded four alas (wings), including the composers' one, in which he remained until 1958. From 1968 to 1970, Moreira studied music with conductor/composer Guerra Peixe. In 1956, Leny Andrade recorded his first song, "Antes Assim." The Mocidade chose his samba-enredo "Brasil no Campo Cultural" (with Da Volta/Jurandir Cândido/Arsênio Isaías) to parade in the Carnaval of 1962, and his "As Minas Gerais" (with Da Volta/Jurandir Cândido/Arsênio Isaías) for the next year. In 1965, he started to perform commercially as a singer at TV Continental. In 1967, he recorded the first double single with "Acossante," "Lamento de Preto Velho," "Cantando Pro Morro," and "Até Breve." In the next year, he was invited to join the Ala dos Compositores (Composers' Wing) of Portela and, with Zuzuca do Salgueiro and Jair Do Cavaquinho, he formed the Os Cinco Só, which in 1969 was renamed A Turma do Ganzá with the same members; also in 1969, he recorded the highly successful LP Partido em 5 with Casquinha, Candeia, Joãozinho da Pecadora, and Velha, so successful that it yielded two other volumes. With his career gaining momentum, Moreira also had success in that period with two of his compositions with Candeia, "Mel e Mamão com Açúcar" and "Não Tem Veneno." In the decade of 1970, disagreeing with the crescent commercialism of the samba schools, he founded the Quilombo samba school with Candeia and Nei Lopes, dedicated to celebrate the black roots and traditions. In 1975, he had his "Leonel/Leonor" (with Neizinho) recorded by Roberto Ribeiro, who also later recorded "Tristeza Postiça" (with Sérgio Fonseca). In 1976, Beth Carvalho recorded his "Te Segura" (with Neizinho) on her LP Mundo Melhor and in the next year, Carvalho recorded with enormous success "Goiabada Cascão" (with Nei Lopes) on her LP De Pé No Chão. In 1986, Moreira launched his first individual album, Peso na Balança, and two years later he interpreted two creations of his in duo with Candeia on the LP Candeia. The second individual album, Okolofé (1990), was launched only in Japan, having been released in the Brazilian market only ten years later. The launching in the Espírito do Chopp bar in the Humaitá borough (Rio) gathered weighty guests such as Nei Lopes, Nelson Sargento, Monarco, Délcio Carvalho, Walter Alfaite, Noca da Portela, and Mauro Diniz. In 1997, Moreira had a stroke and the show organized in his benefit was realized by Paulinho da Viola, Dona Ivone Lara, Nei Lopes, Zeca Pagodinho, Zé Kéti, Nelson Sargento, and many others. ~ Alvaro Neder 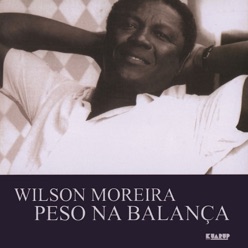 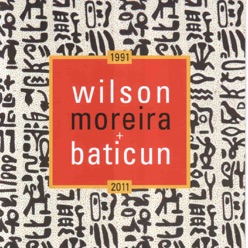 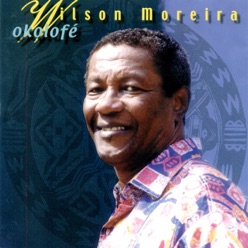