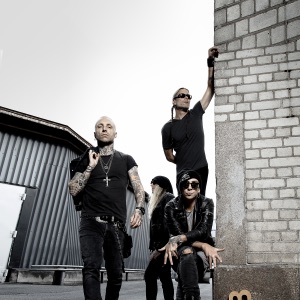 ORIGEN
Nassjo, Sweden
FORMACIÓN
1987
Acerca de Backyard Babies
Putting a glam spin on their acerbic, melodic punk rock, Sweden's Backyard Babies began touring in the late '80s before releasing their debut EP, Something to Swallow, in 1991. Embraced by the mainstream in their home country, their second and third LPs -- 1998's Total 13 and 2001's Making Enemies Is Good -- won Swedish Grammis Awards, and their 2008 self-titled album went all the way to number one. Still going strong after 30 years with the same lineup, their eighth studio album, Sliver and Gold, reached Sweden's Top Five in 2019.nn Formed in the city of Nässjö in 1987, Backyard Babies originally consisted of singer Tobbe (Tobias Fischer), guitarist Dregen, bassist Johan Blomqvist, and drummer Peder Carlsson. After recording a rough demo and playing a few local live dates, in 1989, the group replaced Tobbe with singer Nicke Borg. Two more demos followed, as did a national tour. In 1991, Backyard Babies launched their first official release, the EP Something to Swallow.nn After signing with the Megarock label in 1993, the quartet issued its first full-length, 1994's Diesel u0026 Power, before going on hiatus to allow Dregen the chance to work with his other band, the Hellacopters. Backyard Babies reunited in 1997 for the Knockouts EP and issued their second album, Total 13, in 1998. Total 13 won them their first Grammis Award, for Best Hard Rock/Metal of the Year.nn A string of Top Five albums followed for the group, including 2001's Making Enemies Is Good, which collected another Grammis Award, and 2003's Stockholm Syndrome, which offered the Top 20 single "Minus Celsius." The band's fifth studio long-player, People Like People Like People Like Us, was released in 2006 and featured the hits "The Mess Age (How Could I Be So Wrong)" and "Dysfunctional Professional." The latter reached as high as number three on Sweden's singles chart. In 2007, "Minus Celsius" was featured as a bonus track in the game Guitar Hero III: Legends of Rock.nn An eponymous sixth LP followed in 2008 and went to the top of the album chart. A compilation album honoring the band's 20th anniversary was released the next year, and the ensuing tour was rumored to be their final bow. However, the group returned in 2015 with a new LP, Four by Four. It went to number two in Sweden before they returned to the Top Five with Sliver and Gold in 2019. ~ Marcy Donelson u0026 Jason Ankeny 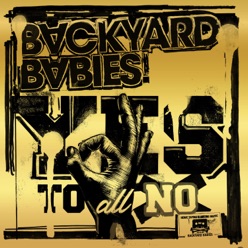 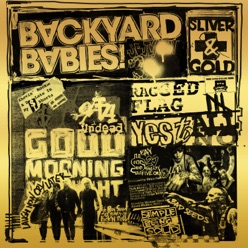 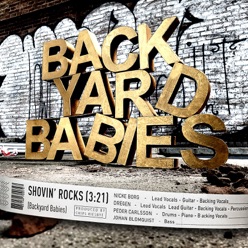