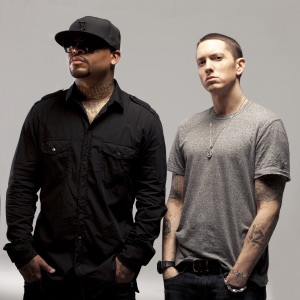 ORIGEN
Detroit, MI
FORMACIÓN
1997
Acerca de Bad Meets Evil
A hip-hop duo featuring Marshall Mathers and Ryan Montgomery -- aka Eminem and Royce da 5'9" -- Bad Meets Evil came together in 1997 thanks to the duos mutual friend, rapper Proof. After recording a handful of tracks and performing some shows around their native Detroit, Eminem embarked on a solo career. Besides launching his own solo gig, Royce would land on Ems 1999 effort The Slim Shady LP on a track called Bad Meets Evil, but after the albums massive success, Eminem remained a solo artist and the group was put on hold. Things got worse when business deals between Royce and Eminems producer/mentor, Dr. Dre, went sour, and then the group broke up after Royce began feuding with Eminems new set of protégés, the group D12. After D12s Proof was murdered in 2006, the two began talking again. Royces group Slaughterhouse would be signed to Ems Shady label in 2010, and then Bad Meets Evil would reunite for their debut EP, Hell: The Sequel, which was released by Shady in 2011. ~ David Jeffries 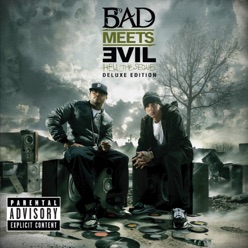 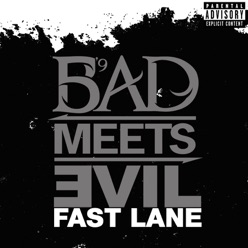