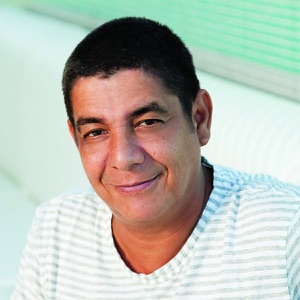 Acerca de Zeca Pagodinho
Zeca Pagodinho is regarded by the samba traditionalists as a rare talent in the partido-alto lineage. At the same time he is a commercial success. Having won several gold and platinum records with his albums, he had compositions recorded by Beth Carvalho ("Dor de Amor"), Alcione ("Mutirão de Amor"), and Jorge Aragão ("O Vôo do Albatroz"), and was paid tribute by Aldir Blanc and Moacyr Luz with "Anjo da Velha Guarda." Born in the working-class suburb of Irajá, Rio's north side, from an early age he was a regular at the rodas de samba (samba get-togethers) of the suburbs, singing and presenting his compositions. Since the '70s, with the local emergence of the samba style (and also get-togethers practiced in the backyards, or fundo de quintal) known as pagode, which would enjoy a boom in the '80s, Pagodinho became known in the circle. It was in the most important of these pagodes, the one that gathered the bloco carnavalesco Cacique de Ramos, that he became acquainted with Beth Carvalho, who became his madrinha, or protector. Carvalho invited him to participate in her album, where he sang his samba (with Arlindo Cruz) "Camarão que Dorme a Onda Leva." In 1985, he recorded the highly successful compilation Raça Brasileira, shared with other new talents of the pagode: Jovelina Pérola Negra, Pedrinho da Flor, Elaine Machado, and Mauro Diniz. In 1986, he recorded his first solo LP, Zeca Pagodinho, recording 13 more albums by 2000. Some of his hits are "Quando Eu Contar (Iaiá)" (Beto Sem Braço/João Meriti), "SPC" (with Arlindo Cruz), "Samba Pras Moças" (Roque Ferreira/Grazielle), "Verdade" (Nelson Rufino/Carlinhos Santana), "O Dono da Dor" (Nelson Rufino), "Posso Até Me Apaixonar," and "Não Sou Mais Disso." ~ Alvaro Neder 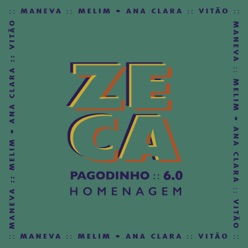 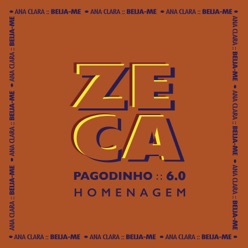 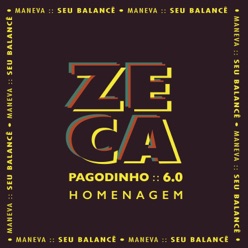