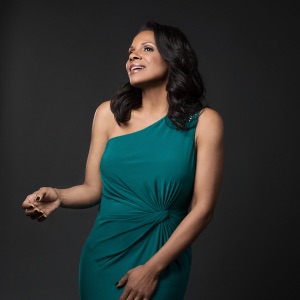 CIUDAD NATAL
Berlin, Germany
NACIMIENTO
3 de julio de 1970
Acerca de Audra McDonald
Classically trained soprano Audra McDonald was the most celebrated new singer/actress on Broadway in the 1990s. She was raised in Fresno, California, and graduated from the Juilliard School of Music with a Bachelor's degree in music in 1993. Even before her graduation, she had begun to work professionally in the musical theater, taking a role in the national tour of the musical The Secret Garden in 1992. Fresh out of school, she was cast in a Broadway revival of the musical Carousel (March 24, 1994). She appeared on the cast album and won a 1994 Tony Award for her performance. Two years later, she took home a second Tony for her portrayal of singing student Maria Callas in the play Master Class (November 5, 1995). She then joined the cast of the new musical Ragtime in its premiere production in Toronto. After making her feature film debut in Seven Servants in 1996, she returned to Ragtime when it opened on Broadway on January 18, 1998, winning her third Tony in five years. She was featured on both the initial studio cast album of the show and on the original Broadway cast album.nnMcDonald signed a solo recording contract with Nonesuch Records and released her debut album, Way Back to Paradise, on September 22, 1998. On it, she sang songs by young theater composers, among them Michael John LaChiusa, in whose musical Marie Christine she planned to appear. She made her nightclub debut in New York in October 1998 to promote the album, beginning an extensive career as a concert performer. The same year, she appeared in the film The Object of My Affection and in a regional production of John Adams' I Was Looking at the Ceiling and Then I Saw the Sky that produced a cast album. In 1999, she appeared in the film The Cradle Will Rock, based on the Marc Blitzstein musical, and in the TV-movie version of the musical Annie, and she was on soundtrack albums for both. She also acted in the TV movie Having Our Say: The Delany Sisters' First Hundred Years and sang on a studio cast album of Wonderful Town. Then came Marie Christine (December 2, 1999), her third Broadway musical. Her second solo album, How Glory Goes, featuring a mixture of show music standards and more new theater songs, was released on February 15, 2000, and the Marie Christine cast recording followed within months. Also in 2000, she appeared in a benefit performance of the Stephen Sondheim musical Sweeney Todd with the New York Philharmonic that was recorded for a cast album, and she was in another TV movie, The Last Debate. She also found time to marry bass player Peter Donovan, with whom she had a daughter. In 2001, there was a TV movie of the Broadway play Wit and a benefit performance of the musical Dreamgirls (September 24, 2001) that was recorded for an album.nnMcDonald's third solo album, Happy Songs, was released September 17, 2002. It found her revisiting standards associated with female pop singers of the interwar era, such as Ethel Waters and Judy Garland. In 2003, she appeared in the feature film It Runs in the Family and the TV movie Partners and Crimes; was a regular on the TV series Mister Sterling; and returned to Broadway in a production of Shakespeare's Henry IV (November 20, 2003). The next year brought another film, The Best Thief in the World, and a featured role in a Broadway revival of the drama A Raisin in the Sun (April 26, 2004) that earned her her fourth Tony Award. In 2005, she took a part in a staged concert version of Stephen Sondheim's Passion that was broadcast live on PBS. She became a regular on the TV series The Bedford Diaries in 2006. Her fourth solo album, Build a Bridge, was released September 26, 2006. It featured songs by rock-era writers like Randy Newman, Laura Nyro, and Burt Bacharach. At the same time, she was planning her next return to Broadway in a revival of the musical 100 in the Shade scheduled for April 2007. It would be seven years before her fifth solo studio album, Go Back Home, appeared in the spring of 2013.nn~ William Ruhlmann 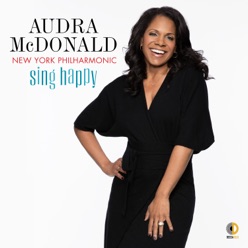 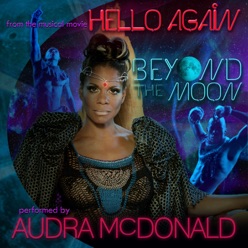 Beyond the Moon (from the musical movie "Hello Again") - Single
2017 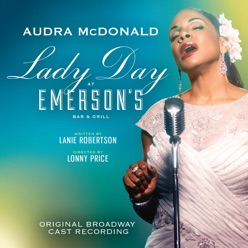