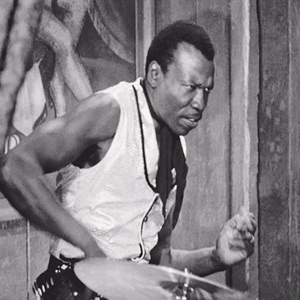 CIUDAD NATAL
Pontiac, MI
NACIMIENTO
9 de septiembre de 1927
Acerca de Elvin Jones
Elvin Jones will always be best-known for his association with the classic John Coltrane Quartet (1960-1965) but he also had a notable career as a bandleader and continued to be a major influence in music. One of the all-time great drummers (bridging the gap between advanced hard bop and the avant-garde), Jones is the younger brother of a remarkable musical family that also includes Hank and Thad Jones. After spending time in the Army (1946-1949), he was a part of the very fertile Detroit jazz scene of the early '50s. He moved to New York in 1955, worked with Teddy Charles and the Bud Powell Trio, and recorded with Miles Davis and Sonny Rollins (the latter at his famous Village Vanguard session). After stints with J.J. Johnson (1956-1957), Donald Byrd (1958), Tyree Glenn, and Harry "Sweets" Edison, Jones became an important member of John Coltrane's Quartet, pushing the innovative saxophonist to remarkable heights and appearing on most of his best recordings. When Coltrane added Rashied Ali to his band in late 1965 as second drummer, Jones was reportedly not pleased and soon departed. He went on a European tour with the Duke Ellington Orchestra and then started leading his own groups, which in the '90s became known as Elvin Jones' Jazz Machine. He remained active well into the 2000s and continued to push himself musically with the Jazz Machine, inviting young lions into the fold and touring regularly. Among his sidemen were saxophonists Frank Foster, Joe Farrell, George Coleman, Pepper Adams, Dave Liebman, Pat LaBarbera, Steve Grossman, Andrew White, Ravi Coltrane, and Sonny Fortune, trumpeter Nicholas Payton, pianists Dollar Brand and Willie Pickens, keyboardist Jan Hammer, and bassists Richard Davis, Jimmy Garrison, Wilbur Little, and Gene Perla among others. Jones recorded as a leader for many labels including Atlantic, Riverside, Impulse, Blue Note, Enja, PM, Vanguard, Honey Dew, Denon, Storyville, Evidence, and Landmark.nn His dedication to and love of the drums were such that even in the face of health problems he continued to mount the drum stand, occasionally accompanied by an oxygen tank. On May 18, 2004, drum legend Elvin Jones suffered heart failure and passed away. ~ Scott Yanow 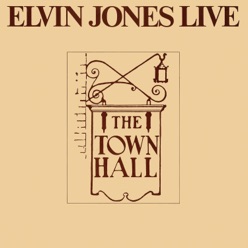 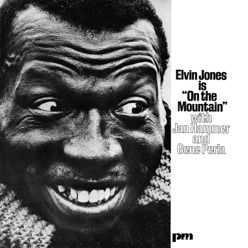 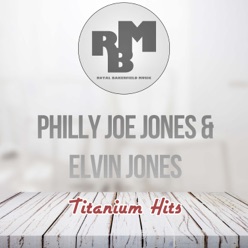