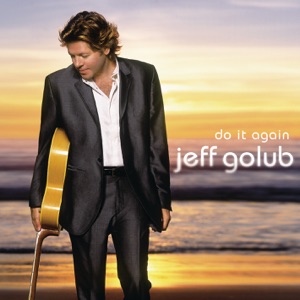 CIUDAD NATAL
Akron, OH
NACIMIENTO
15 de abril de 1955
Acerca de Jeff Golub
In the '90s, guitarist Jeff Golub's blend of jazz, Ru0026B, and pop earned him a reputation for being one of the edgier, more tasteful players in the crossover jazz/NAC/smooth jazz field. Although some of Golub's recordings were played on smooth jazz stations extensively, he was quoted as saying that he refused to play outright elevator music, and to be sure, Golub's solos gave the impression that he was essentially a soul-jazz improviser at heart. The Ohio native (whose influences included Wes Montgomery, George Benson, Lee Ritenour, and Larry Carlton, among others) was quite capable of playing straight-ahead bop; he certainly had the chops for it. However, Golub chose to focus on more commercial music and built up a long résumé as a rock, pop, and Ru0026B session player. He appreciated being compared to artists like David Sanborn, the Crusaders, Ronnie Laws, Joe Sample, and Grover Washington, Jr.; that is, instrumentalists who could be commercial- and groove-oriented but still have a jazz improviser's mentality.nn Golub was born on April 15, 1955, in Akron, Ohio, where he grew up listening to a variety of Ru0026B, funk, blues, jazz, pop, and rock and began playing guitar as a pre-adolescent. In the '70s, Golub moved away from Akron to attend the prestigious Berklee College of Music in Boston. But by 1980, he had relocated again, this time to New York City; his home base for the remainder of his life. It was in the early '80s that Golub was hired to back arena rock/hard rock star Billy Squier, and that association led to a lot of other session work. The list of major rock or Ru0026B artists Golub backed in the '80s or '90s (either in the studio or on-stage) included Tina Turner, John Waite, Vanessa Williams, Ashford u0026 Simpson, Dar Williams, and former J. Geils Band vocalist Peter Wolf. In 1988, Golub was hired to back Rod Stewart, an association that lasted for eight years; 1988 was also the year in which Golub's first album as a leader, Unspoken Words, was released by the Gaia label, but at that point, he was still devoting most of his time to backing other artists.nn It wasn't until 1994, when Golub founded the band Avenue Blue, that playing as a leader became the guitarist's main activity. That year, Golub signed with Mesa/Bluemoon, and Avenue Blue's self-titled debut album of 1994 fared well in the smooth jazz/NAC market. Two more Avenue Blue projects were released by Mesa/Bluemoon -- Naked City in 1996 and Nightlife in 1997 -- but after that, he put the name Avenue Blue to rest. While Avenue Blue, Naked City, and Nightlife had been billed as "Avenue Blue featuring Jeff Golub," 1999's Out of the Blue on Atlantic was billed as strictly Jeff Golub. After that, Golub moved to GRP/Verve, which released Dangerous Curves in 2000, Do It Again in 2002, and Soul Sessions in 2003. A few years later, Golub made yet another move, releasing Temptation on Narada in 2005. Grand Central followed in 2007. In 2009, Golub returned to his '80s rock roots with the electric blues album Blues for You, showcasing vocals from such old pals as Billy Squier, Peter Wolf, and John Waite. In 2011, his band cut The Three Kings with New Orleans piano legend Henry Butler.nn In 2011 the optic nerves in Golub's eyes inexplicably collapsed, leaving him blind and requiring a guide dog. In September of 2012, while attempting to catch the subway in New York City, he fell onto the tracks as a train was approaching. He was clipped and dragged by the train as bystanders tried to help. Amazingly, other than cuts and bruises, he was unharmed. Undaunted, the guitarist recorded a collaborative album with British keyboard legend Brian Auger, ironically entitled The Train Keeps A-Rollin'. The set was released in the summer of 2013.nn While touring in support of The Train Keeps A-Rollin', however, Golub began suffering problems with his motor skills, including issues with his balance and speech. In November of 2014, he was diagnosed with Progressive Supranuclear Palsy (PSP), an incurable degenerative brain disease. Golub died of complications from the disease on January 1, 2015. He was 59 years old. The all-star benefit album The Vault, featuring unreleased and reworked recordings from Golub and guests, was released posthumously in April 2015. The album featured appearances from trumpeter Rick Braun, Dave Koz, Kirk Whalum, and others, with proceeds going to Golub's family. ~ Alex Henderson 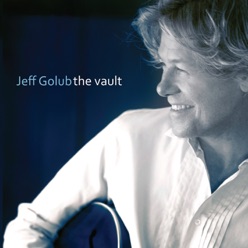 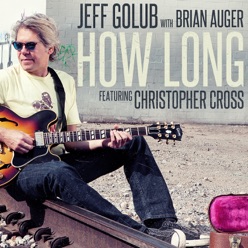 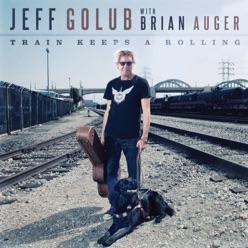