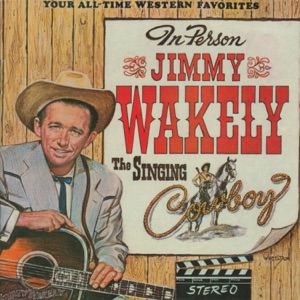 CIUDAD NATAL
Mineola, AR
NACIMIENTO
16 de febrero de 1914
Acerca de Jimmy Wakely
Jimmy Wakely was one of the last vocalists to make it in movies as a singing cowboy or transform a movie contract into a successful recording career. A protégé and discovery of Gene Autry, he was never remotely as successful as Autry in movies, nor did his record sales approach those of his mentor, but Wakely was successful as a crossover act, his voice and repertoire attractive enough to find favor with pop as well as country u0026 western audiences.nnJames Clarence Wakely was born in Arkansas on February 16, 1914, but was raised in Oklahoma, where he spent much of his early life in a succession of odd jobs while he nursed his ambitions for a career in music. Eventually he joined up with Dick Reinhardt and Johnny Bond to form the Jimmy Wakely Trio in 1937. Their main influence was the Sons of the Pioneers, and their singing and playing proved attractive enough to land them a regular broadcasting gig in Oklahoma City. Having achieved some recognition locally, they managed to parlay that into a meeting with Autry when he toured Oklahoma in 1940, and the singer was impressed enough with their work to invite them to California. Wakely and company became regulars on Autry's Melody Ranch radio show, and also began appearing in his films for Republic Pictures. Strangely enough, despite Wakely's later success, Johnny Bond became the first member of the trio to get a recording contract in 1941. Wakely got his own recording deal in 1942, shortly after he left the Autry fold, and had his first hit a year later with a cover of country yodel star Elton Britt's wartime anthem, "There's a Star-Spangled Banner Waving Somewhere."nnAt the time, despite -- or perhaps because of -- the omnipresence of World War II in peoples' lives, the singing cowboy image that Gene Autry established in movies was still thriving. On the home front, the public (especially the kids) liked the movies, and there was money to be made. Autry was serving in the U.S. military, but Roy Rogers and Tex Ritter both continued riding and singing their way through screen adventures, and other small studios were in the market for their own singing cowboys. Monogram Pictures, Republic's major competitor among B-movie studios, approached Wakely with a contract in 1944, and his first picture, Song of the Range, was a modest success, leading to a five-year stint in front of the cameras. Wakely was never as natural an actor as Autry or Roy Rogers, but his voice was attractive and his 28 Westerns were reasonably successful in their time. Amid Wakely's work in B Westerns, his recording career thrived, as he began recording a uniquely sophisticated array of country, cowboy, and pop songs. His string began with his own "Song of the Sierras," a richly atmospheric ballad that presented his voice in a deep, serious light. His first major crossover hit followed a year later in 1948 with "One Has My Name (The Other Has My Heart)," a touching song about a tragic romantic triangle that reached the top spot on the country u0026 western charts and the Top Ten on the pop charts. Wakely became especially closely associated with the music of honky tonk songwriter Floyd Tillman, and one cover, "I Love You So Much It Hurts," spent five weeks at the number one spot on the country charts in 1949.nnIt was producer Lee Gillette who thought of teaming Wakely up with songstress Margaret Whiting in what proved to be a very successful partnership. Their first song together, the infidelity story "Slippin' Around," set the pattern for their partnership, the effervescent Whiting and the smooth, laid-back Wakely -- who, by that time, was becoming known as the Bing Crosby of country u0026 western music -- balancing each other perfectly. "Slippin' Around" spent 17 weeks at the number one spot on the country charts and a week at the number one pop chart position, and the two had nine subsequent hits together, including "Wedding Bells" and "When You and I Were Young Maggie Blues." It was inevitable from all of this success that Wakely would become a media star. In 1952, he became the star of The Jimmy Wakely Show on the CBS radio network. After co-hosting the ABC television network series Five Star Jubilee in 1961 with Tex Ritter, he continued to record for his own Shasta Records label, which he founded as a mail-order distribution company in the mid-'60s. He continued to perform live in an act that included his son and daughter, and remained popular during the 1970s, until age and health problems began taking their toll. Wakely died of emphysema in 1982. ~ Bruce Eder 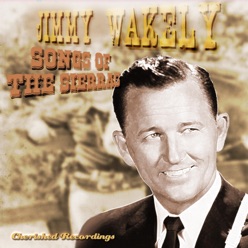 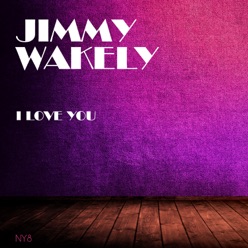 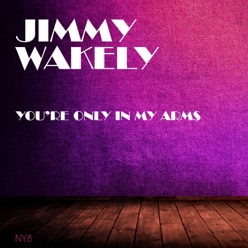 You're Only In My Arms
2019
Ver todos los discos